Cool Cats, Divas and Party Girls (The Blessing of)

I considered going through Mia's party pictures last night, but after a day of wrangling the kiddos without Tom's assistance, I didn't have the strength. Tomorrow, I promised myself. Tomorrow I'll feel more up to the task.

Well, today is tomorrow and that assumption couldn't have been less true.

It's a pretty sure bet that I'm going to be an exhausted ball of stress by the end of the night when my morning starts with vomit. And not fresh vomit, mind you. Abby's brief cry at around five in the morning ended just as we were rallying to intervene. Assuming a mere sleep disturbance, we let it go.

By around eight, the smell had permeated quite spectacularly and required an entire day to chase from the room. That was after stripping the bed, scrubbing the carpet, wiping down the wall, putting down baking soda, and running a fan nonstop. Her hair required three washings, which it turned out was merely almost enough to get the job done. As for the dolls that she had in bed with her, one wash was insufficient, so I'm trying to figure out how to break bad news to her if another (and perhaps another) can't make a dent in the awful odor that now seems to be built-in.

Speaking of washing, that's one thing we won't do tomorrow after discovering (just after most things had calmed down) that the main access pipe to our water system is being crushed and blocked by the roots and dirt of our front lawn. The complicated repair process for that problem starts early in the morning and is expected to last for most of the day.

Abby's been low on appetite but otherwise fine, leaving us scratching our heads as to what the cause of her ailment was. The leading theory is that she had one too many slices of swiss cheese with her dinner last night, but who ever knows, really (unless it turns out to be a bug that spreads through the whole household- let's pray that's not the case this time).

So, when I sat down at the computer this evening, the last thing I wanted to do was go through pictures. But I did it anyway, and as I edited, I even managed to avoid fanning the flames of my simmering irritation as Flickr refused to honor the font selection of any of my photographs. Ultimately, the memories that they contained were good ones, and they went a long way towards helping me to put a pretty awful day far behind me.

I stopped thinking about the lethargic, temperamental Abigail of today, and focused on the singing sensation who assisted her father with the making of Mia's cake. 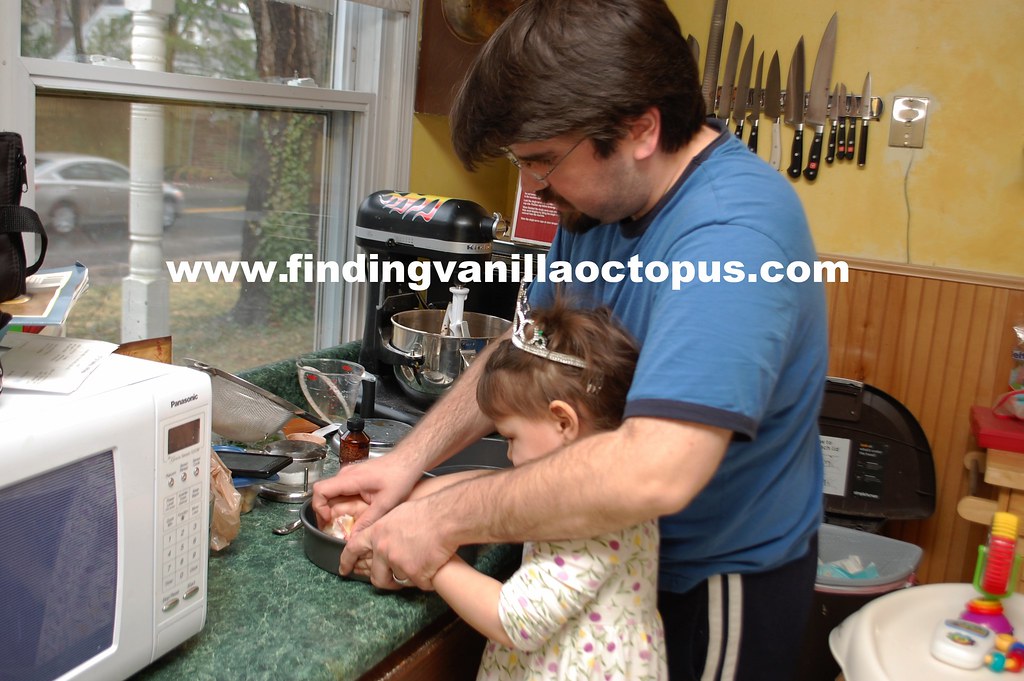 I stifled a little giggle as I thought about the party girl sporting her special ears through lunch. 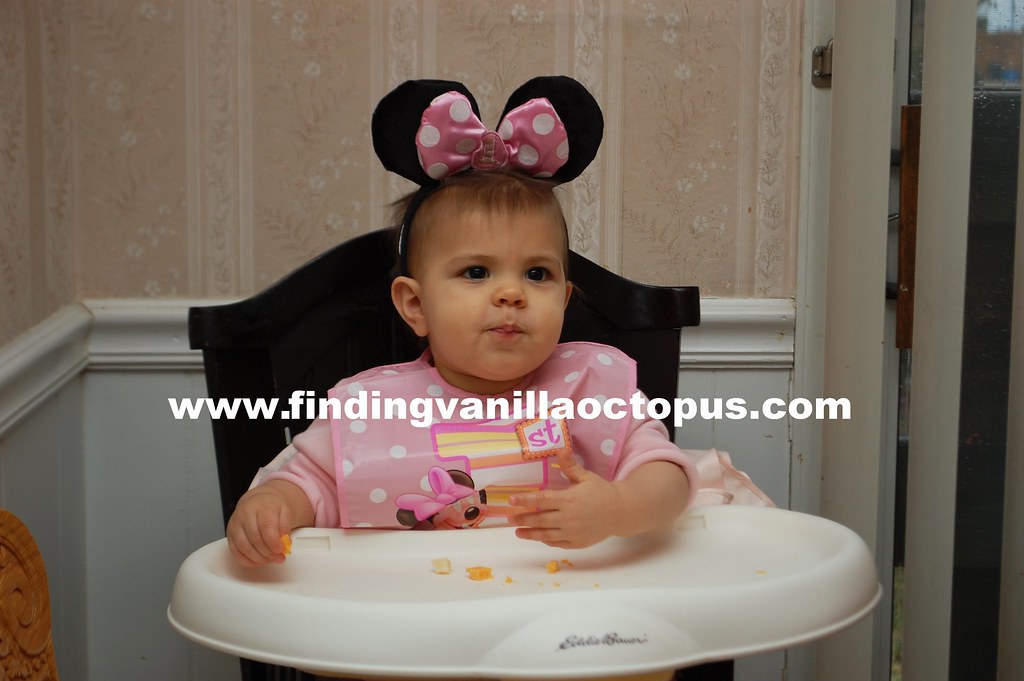 And then again, as she awaited her cake. 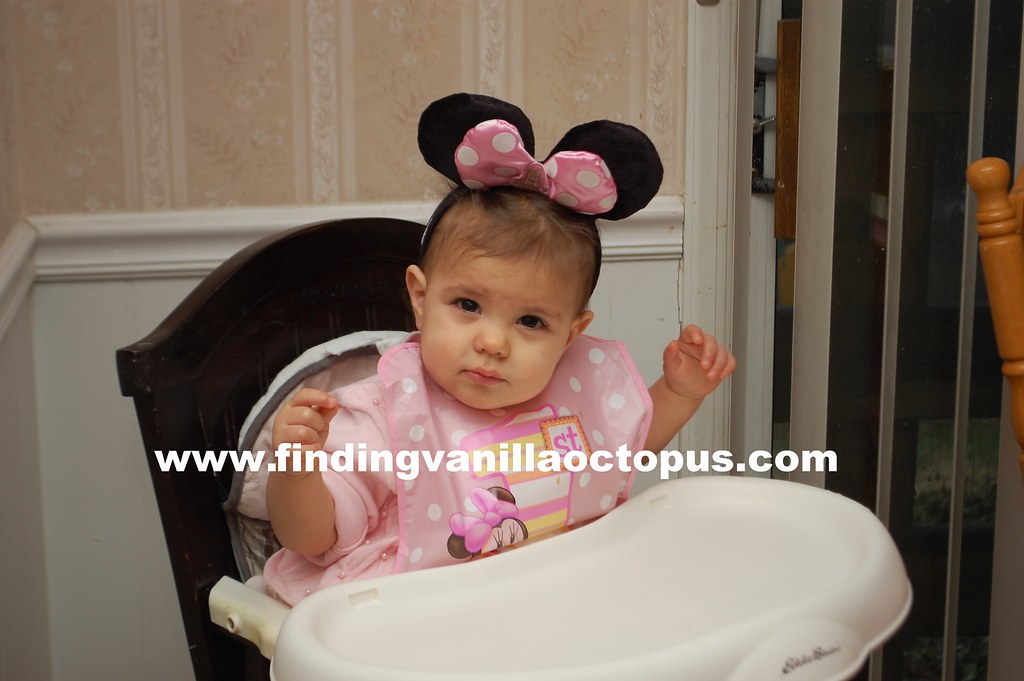 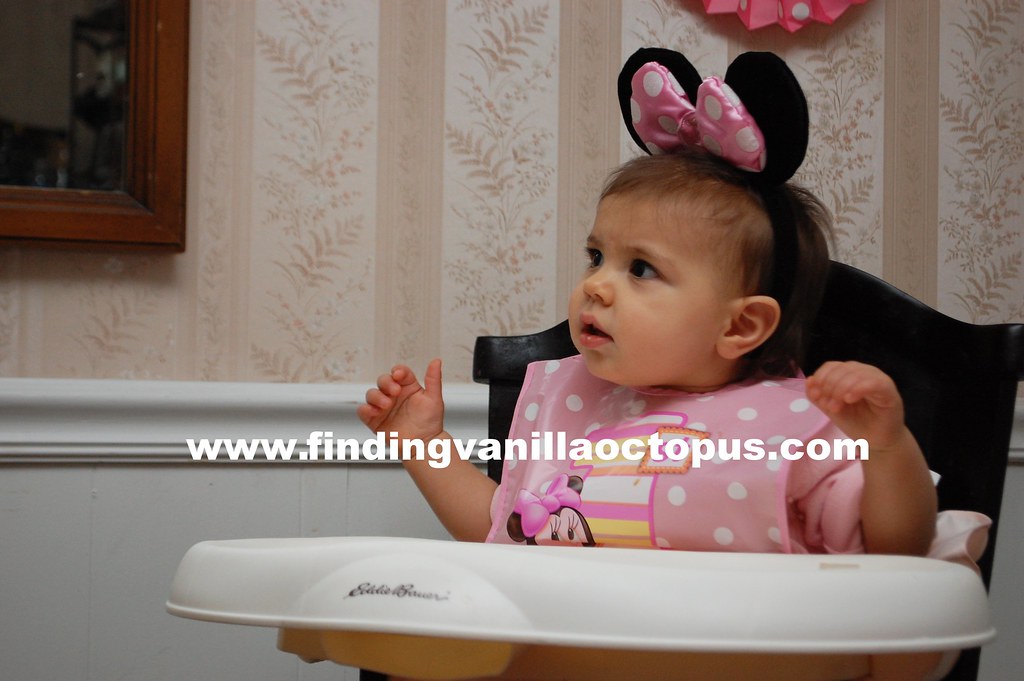 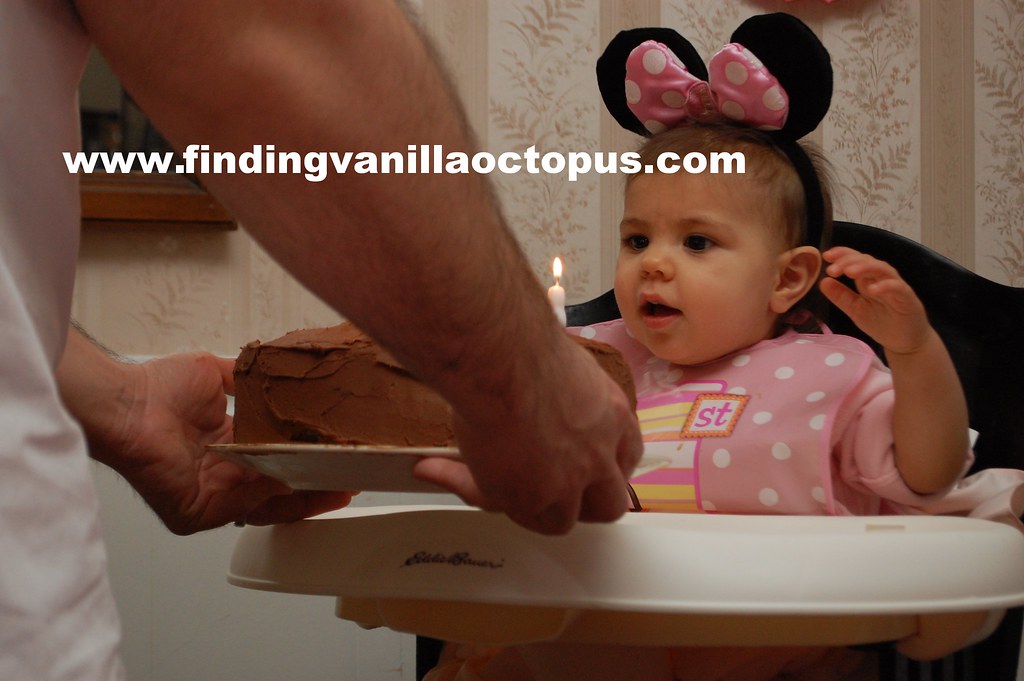 but she sure knew how to handle her slice. 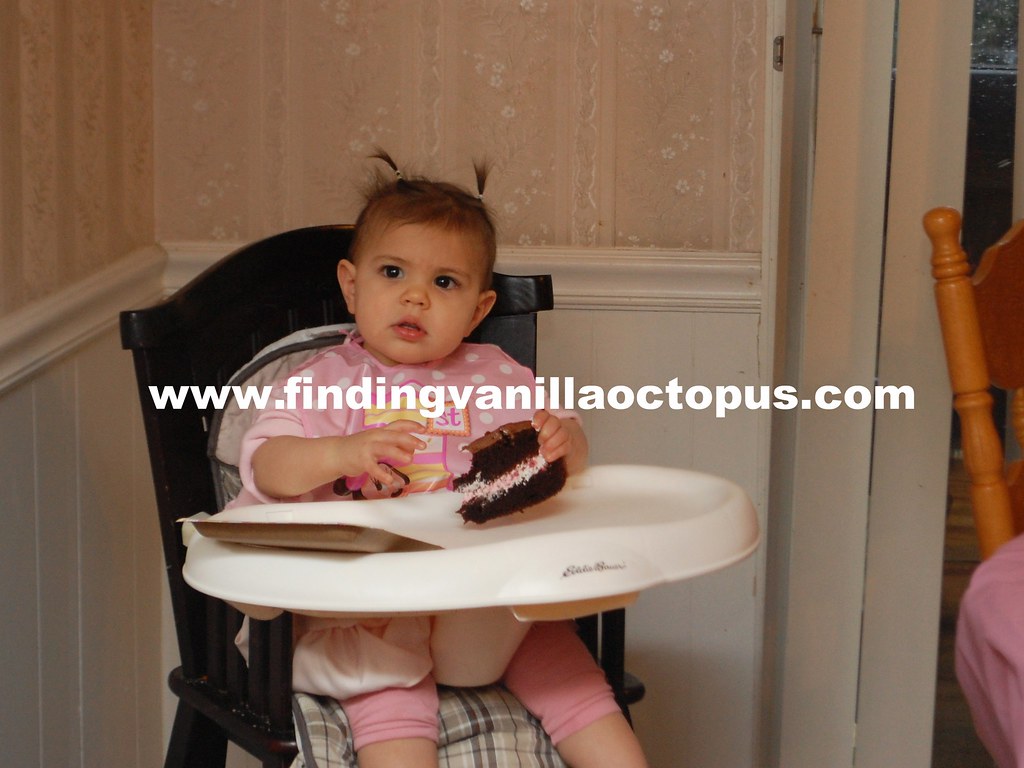 And though she couldn't quite manage to open her own presents, 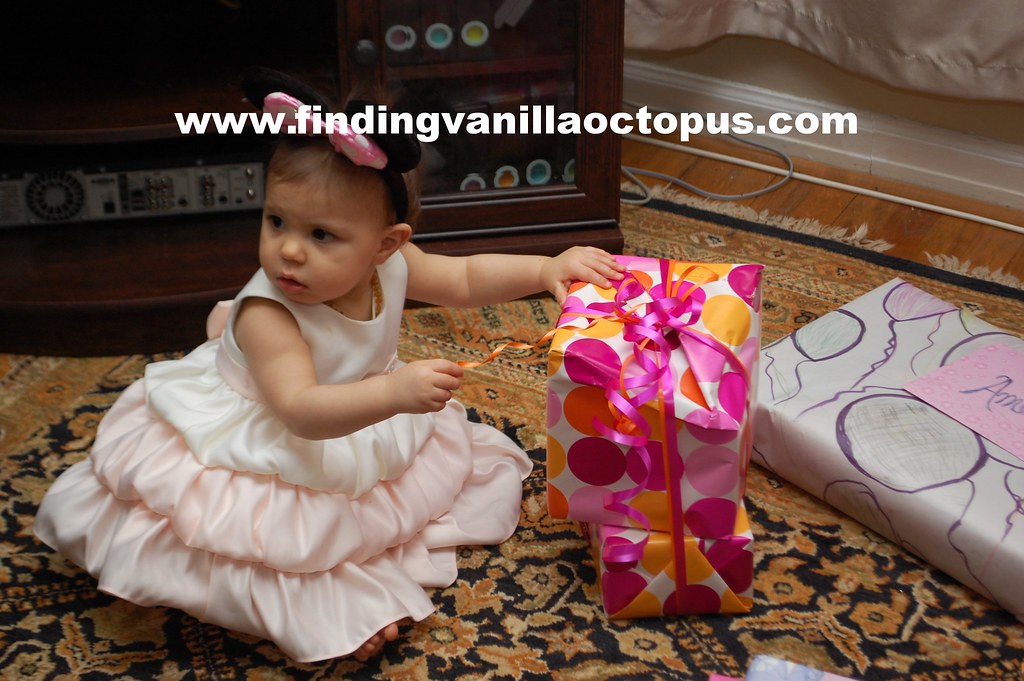 she thought the contents were pretty fabulous. 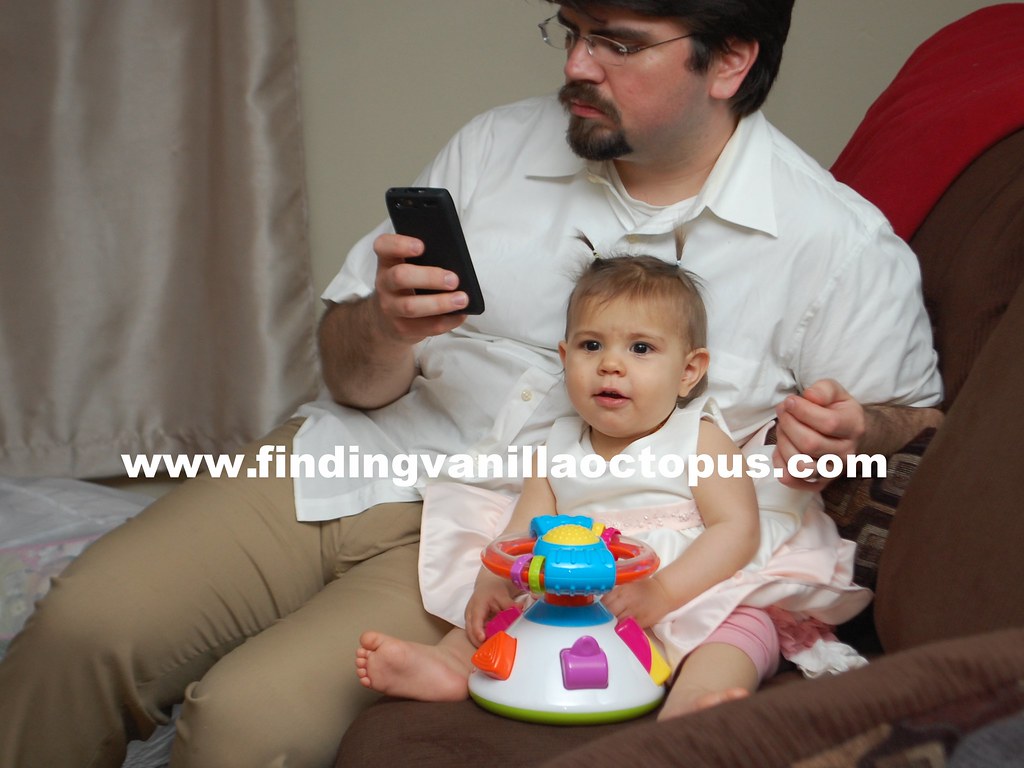 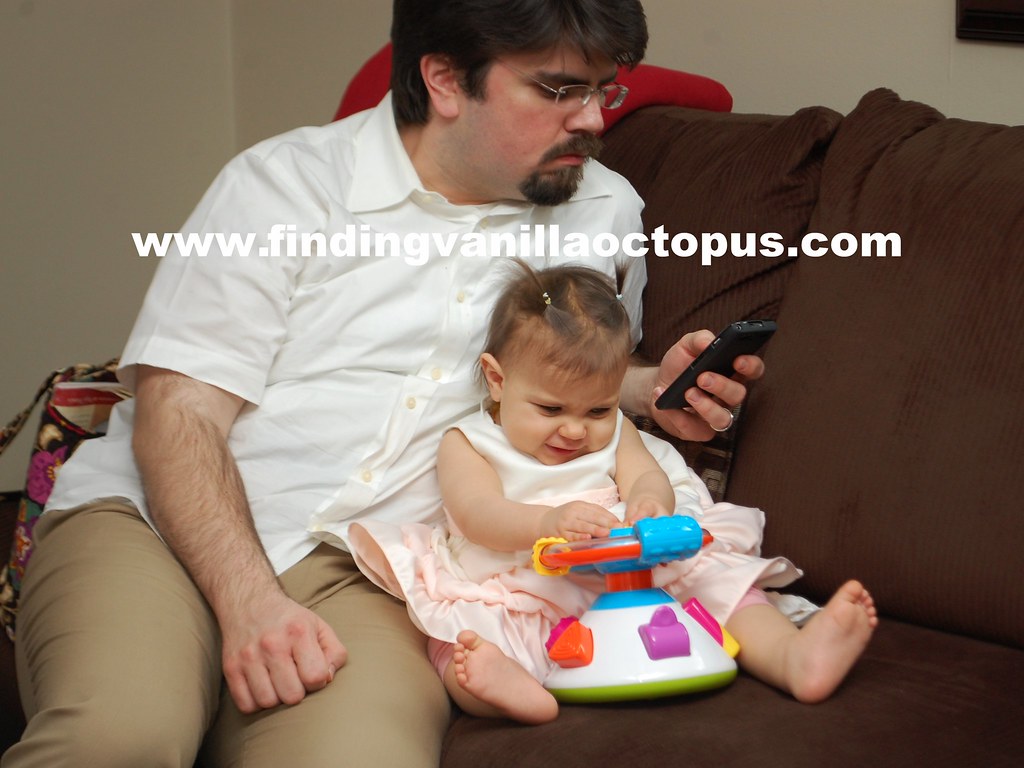 As for Michael, reliving the joy he found in claiming an Easter fedora as the newest installation of his permanent wardrobe renewed my tired smile all over again. 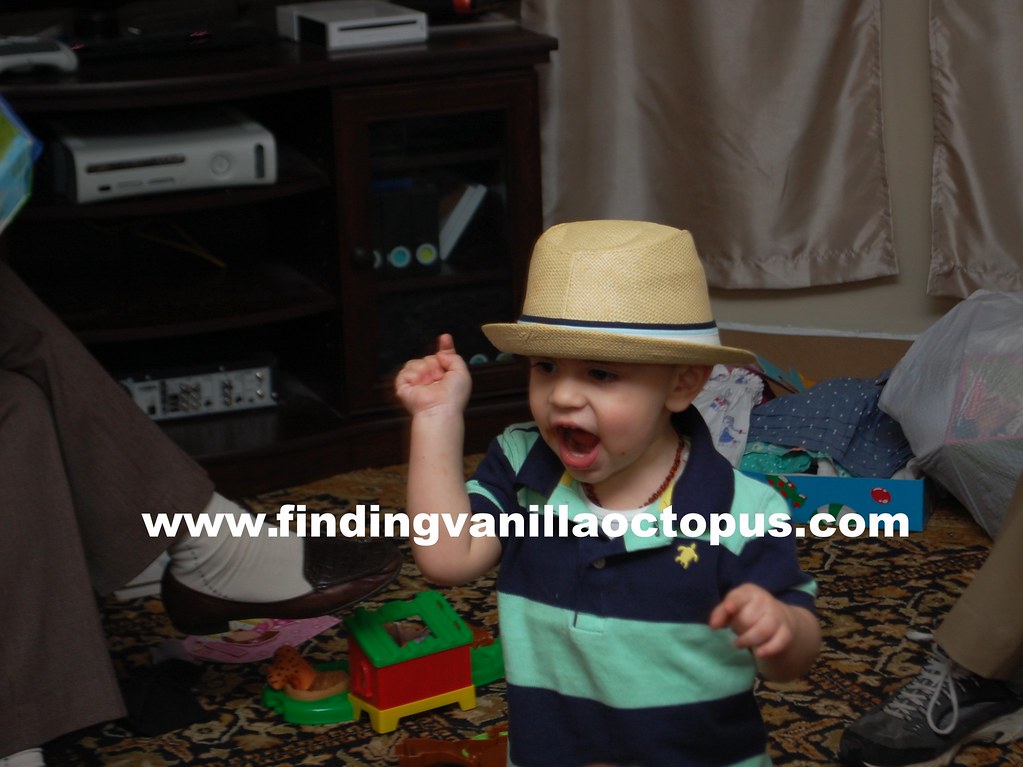 How could I linger on the after-anxieties of a pretty awful day (or, indeed, the million thoughts in my head and to-do list too painfully long to consider) in the presence of a cool cat like that? 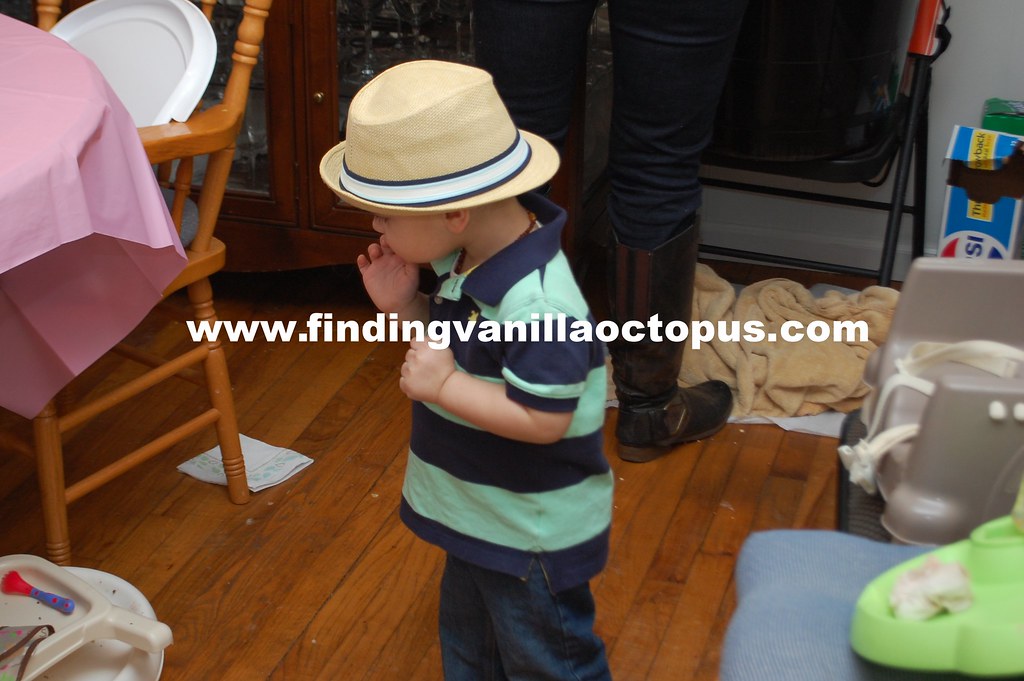 Indeed, I cannot. For the moment, anyway.
Posted by Unknown at 7:26 PM