It's Sunday, and a day in which I would have been frantically trying to put together a Mobile Moments post, were I actually mobile enough to keep up with my kids lately, armed with a camera phone or no. Sadly, I still spend much more time than I would like at a slight recline in bed or on the upstairs sofa, and try to avoid venturing down the stairs to the playroom whenever possible, as a descent requires an ascent at some point in time.

However, though I have been short on the picture-taking and slow on the buildup of motivation that might once have gotten me organized enough to manage a week's summary, low on shareable pictures and quotes as I might be, I have tried to be involved in one thing for as long as I am physically able: Mia's Applied Behavioral Analysis therapy, which has finally begun in full force in the last week or so.

I have yet to speak of Mia's autism diagnosis, which I suspected long before it was finally printed out in harsh black and white letters on a medical summary back in June. Indeed, I have yet to speak of many developments, of which this has been the most life-changing. It's been tough to get back to writing at all; tougher still deciding how to broach such a complex topic that still fills me with so much emotion and anxiety.

Having grown up with a brother on the spectrum has made accepting the diagnosis both easier and harder, it seems. I appreciate knowing what to expect, and can cling to- if nothing else- extreme feelings of thankfulness that Mia has access to so many resources that my brother never had growing up. However, I also am intimately familiar with many of the challenges that autism spectrum disorders can bring, and it breaks my heart to imagine a child of mine having to face any of them. Life is tough enough as it is.

The most immediately overwhelming adjustment, however, has been the realization of just how time-consuming all of the resources I have on hand for her are turning out to be. I've had representatives from the county coming to work with her once a week for a couple of months now, but add the ABA program through private insurance, and now we have an additional three days a week. Thankfully, everyone meets us at our home, but the ABA therapy has proven to be quite intensive and exhausting, and more than a little intimidating.

We've set a lot of goals for Mia over the next few months, including responding to her name, requesting items verbally, walking up and down the stairs upright, using a spoon to eat with consistency, drinking from a cup, imitating motion on command, and answering simple questions. The definition of success is an 80% or better accuracy rate over three sessions, and the long road to that success involves finding motivators and denying her access to them until she learns what we are trying to show her. It sounds worse than it is, given that I have watched her technician work with her at this point and can see that we are starting off slow and only temporarily denying for now, to give her a chance to respond, and that care is being taken to push her only so far as she can handle. But it is sometimes still heartbreaking to witness the struggle, and at the end of the session both she and I are exhausted. The extended length of her naps following each one has proved as much over time.

It's hard to say how I am feeling about it now that we have begun. When it was naught but a description on paper it reduced me to tears, thinking about how difficult it might be for her, imagining the tears of frustration that I have now been witness to, and the inevitable changes that would take place. The change is bound to be a good thing, and it probably seems strange that I need to keep reminding myself of that, but the truth is that the selfish part of me has enjoyed Mia's extended babyhood and innocence, and her revered position as my easiest and most generously loving child (at the moment, anyway).

Far from being what many might imagine a "typical" (not that this exists) child on the spectrum, Mia is not fraught with overt sensory issues, resistant to touch, or difficult to connect with. While it's true that real communication is difficult at best at this point, she is exceedingly affectionate, generally happy and content, and incredibly attached to me. Unfortunately, much of what keeps her content throughout the day are her isolationist, insular tendencies, which I believe are coping mechanisms for an inability to properly filter the overabundance of stimuli around here, and we are now essentially trying to pull her from. I often wonder just what we will see as we peel that shell further and further from her, and how much of that will be bad before it is good.

With as hard as we've been working lately, I suppose we are likely to see soon enough. 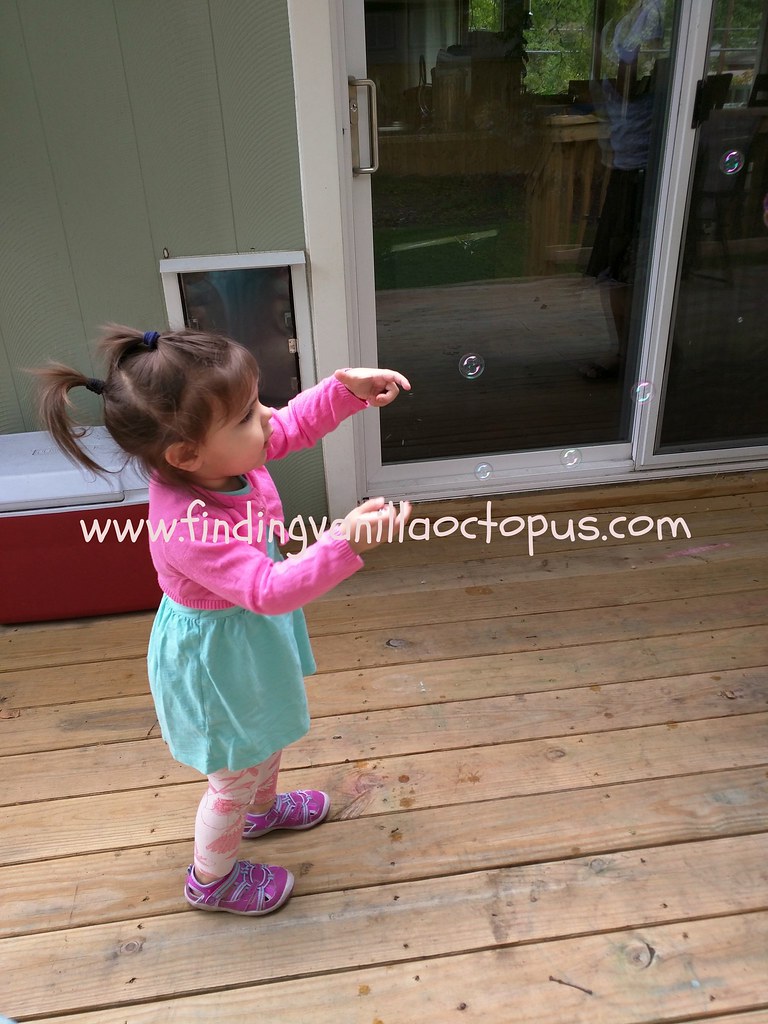