I've got that Enya song stuck in my head as I sit here, nearly two months since the last day I published, to try and start again. Many things have kept me from this spot: Pain, stress, distraction, and a general lack of motivation due to a combination of the first three things. Though it's been several months now since my last miscarriage, the anniversary of the first has now come and gone, and this year's already stressful holidays were sadly colored with the raw emotions that I associated with them from the year before.

Who can say where the road goes, where the day flows, only time...

Who can say, indeed? I haven't been too big a fan of Time. It really doesn't heal all wounds, it forces change, and there never seems to be enough of it to go around, except when you really need it to pass you by.

I'm somewhere in between those two places right now, as night falls on the second day of a phase I was unsure would come to pass at any point in the near future. It seems I may have weaned my littlest little.

Though for a time I had no set limit in mind, I have come to feel put-upon by the relationship, particularly as it had not naturally progressed to the casual routine I had expected to become. Many times a day she was requesting, often aggressively, and each time I had to fight back resentment as she pulled on my necklace, beat at my face, or scratched at my chest absentmindedly all the while. I feared the sadness I would feel, but hated the inner conflict. I realized that change would only come at my insistence, and so I had to introduce it.

I started by cutting out nursing at nap time, which caused a few tears of frustration all around but went relatively smoothly. Bedtime came next, and made such a huge difference that I was tempted to go along with the status quo for a bit longer buoyed up on the relief I felt each evening at not being the parent trapped in a dark bedroom for an additional 20-30 minutes after the other two were tucked in for the night.

However, after about two weeks of limiting nursing sessions to just once before and once after nap time, I found that I still wasn't enjoying them anymore, and she was becoming more restless than ever as she struggled away to (likely) gain just a few drops for her trouble. I haven't let down in many months, so I have long wondered what nutritional benefit she is even receiving.

It is the emotional aspect that has kept me going; trying to give my all for her comfort, her need. However, I find there is too little of me left to go around these days, and it seems I perhaps must try to lay claim to myself once again wherever I can. So, without any particular plan to do so just at that time, I distracted her yesterday morning instead of giving in to her usual quiet plea for "maka." I did the same twice today.

Each time, I wondered if I would give in. Each time, for some reason, I did not. Still this evening, I wonder about tomorrow. But I suppose, at this point, I must stay the course. I must dive into the unknown, making a decision that for once my body did not make for me, and learn to find my way through the other side of it.

I still fear the sadness. I fear it deeply. But I do find some joy in the promise of freedom, and I am finding more and more just how well we keep our connection established in other ways. We do not fall short of bonding, we two. And I hope we never will. 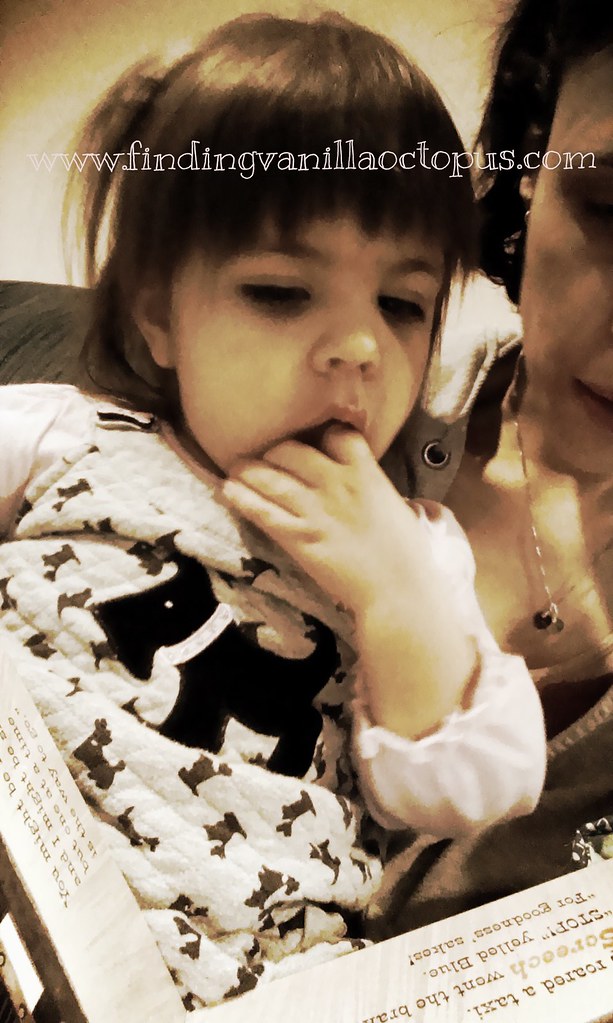 But who can really say? Right- only time.