With all of the commotion caused by the digging out and replacing of our main sewer line, it was pretty easy to forget about Abby's surprise ailment, particularly since she seemed no worse for the wear the day of. Aside from a practically nonexistent appetite, I could hardly tell she'd been sick at all, and by the next day even her appetite was back.

That day was spent trying to get by without running water and listening to the various sounds of the workmen outside. The kids were always eager for a peek at the action, which started right outside our front door. 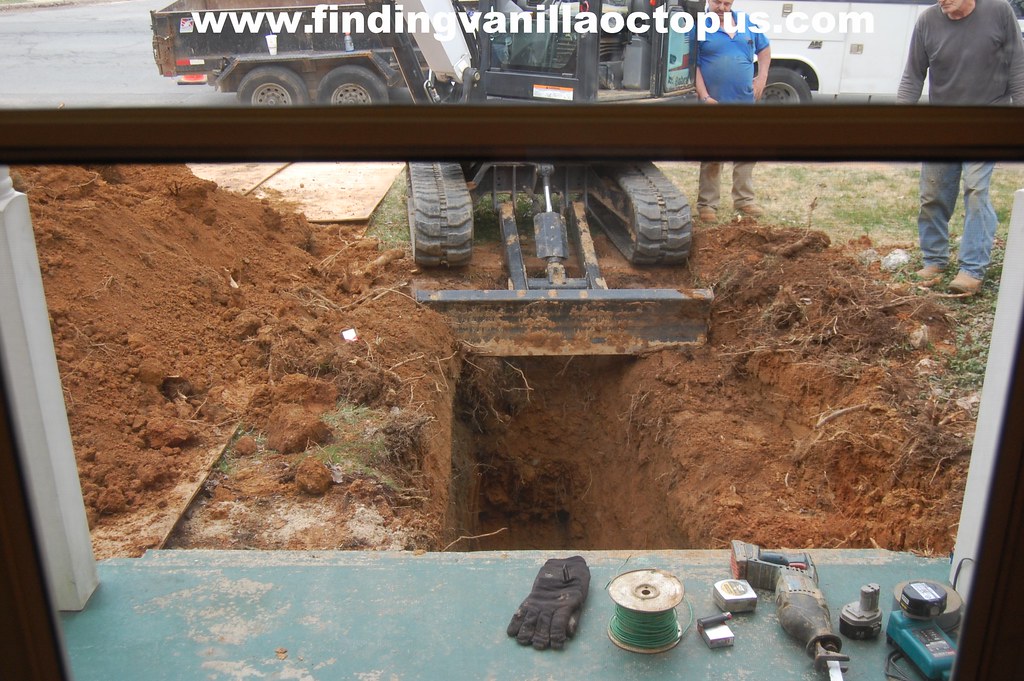 And so it was that Friday morning, as the work continued the very next day, he eagerly made his way down the stairs to check it out and promptly vomited for the second time that morning. We're unsure when the first incident occurred, since he never complained, but we found the evidence of it all over his pillow when Tom went up to collect the kids for breakfast.

Like Abby, he only sipped at his Pedialyte and poked at his applesauce, but he was otherwise unperturbed. In fact, he looked as happy as I'd ever seen him, because it occurred to Tom that the best way to keep him occupied and separated from the others until we could discern just how sick he was was to plant him in a chair in front of the screen door. 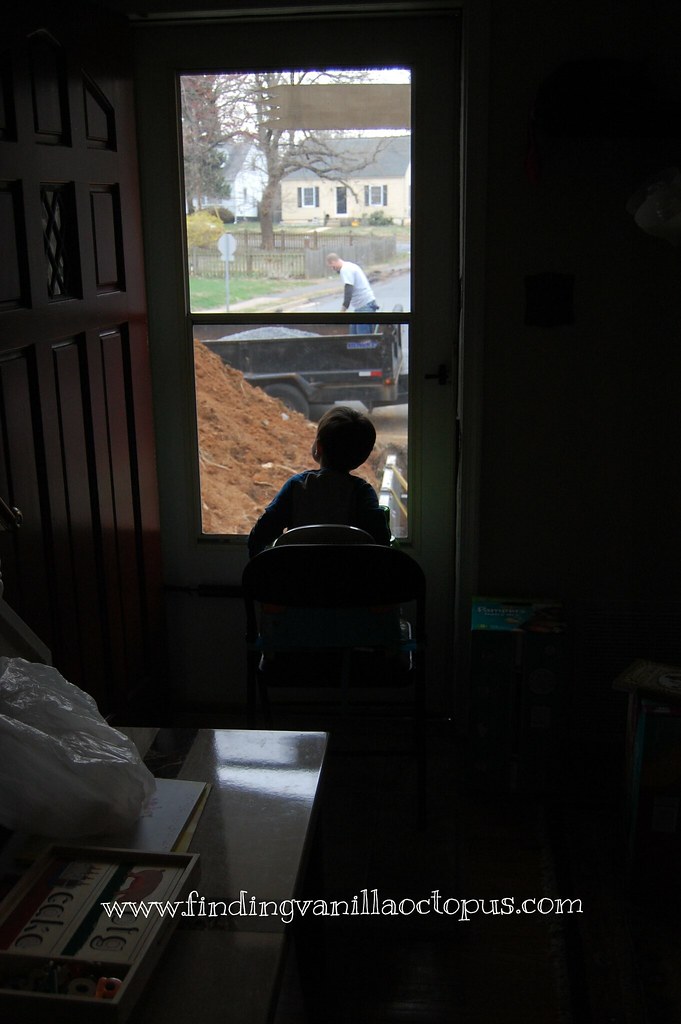 As Tom handled breakfast for the other two and I scurried around cleaning bedsheets and canceling weekend plans to prevent the spread of what we have now determined to be a virus to any further unfortunates, there Michael sat, content as can be. 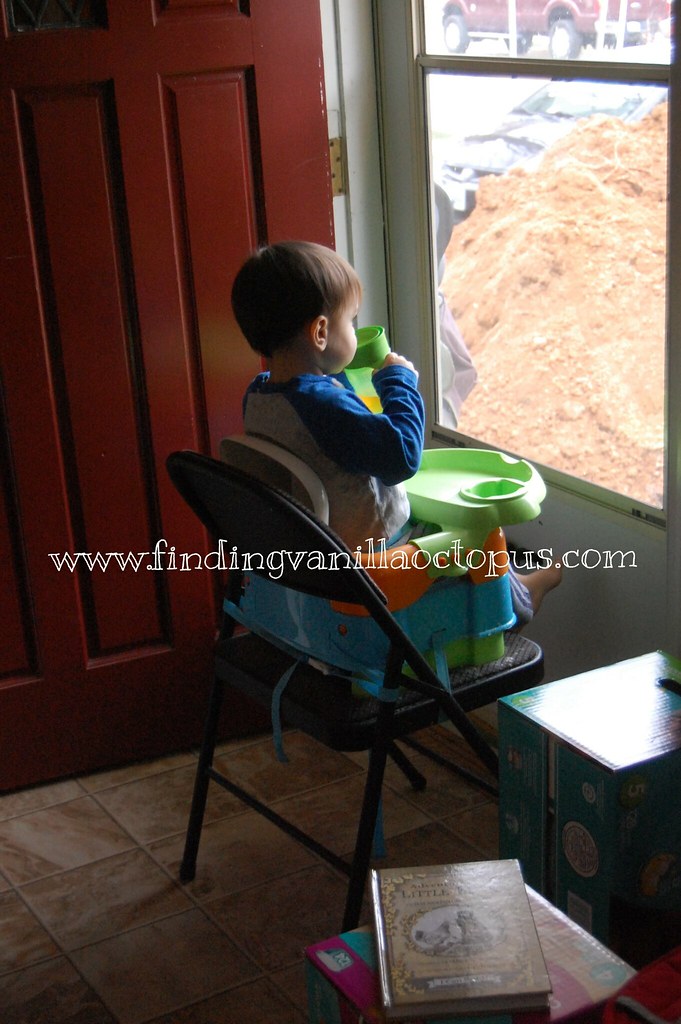 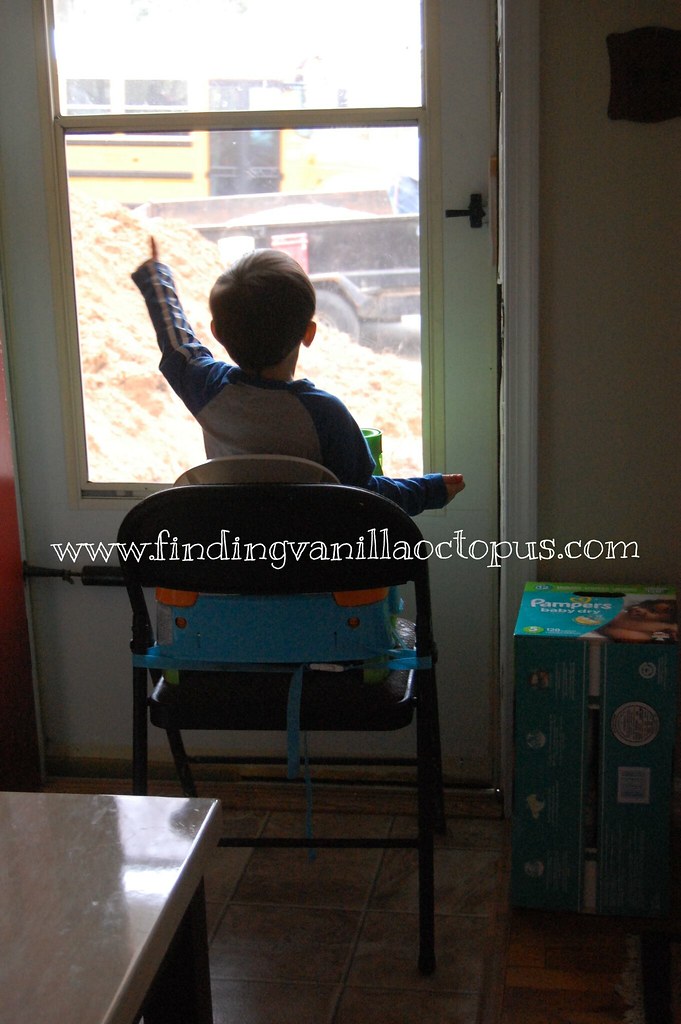 Being a little boy, however, his attention could be held for only so long, and soon we were back downstairs as usual. He required a little extra cuddling and rest in the beginning, but he came around, and by lunchtime we could see that the work had extended all the way to the sidewalk. 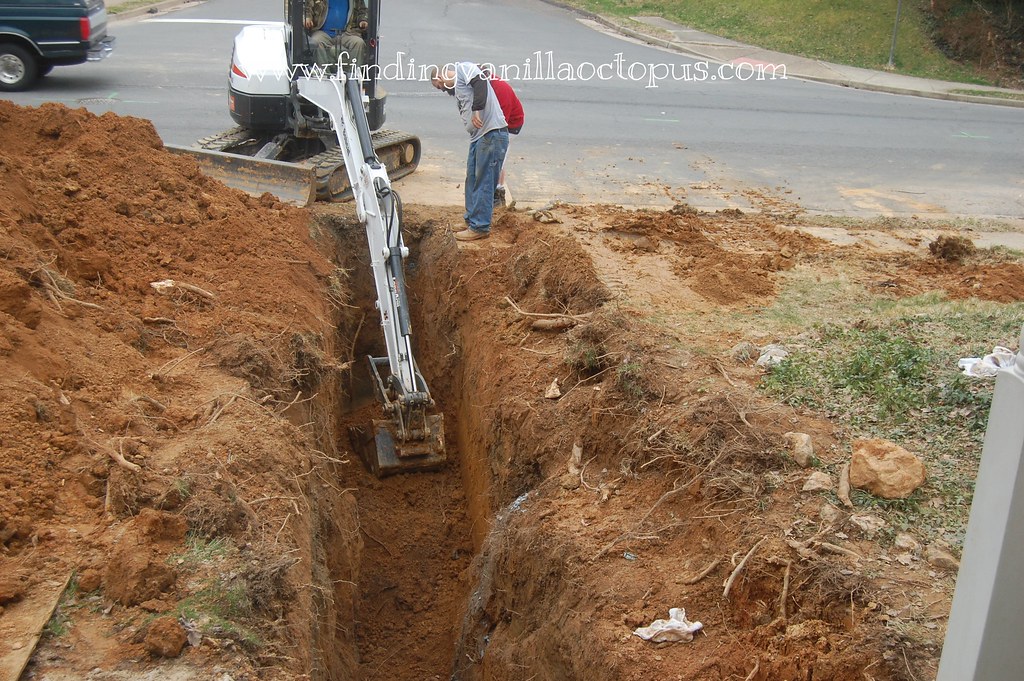 It was hard to pull Michael's eyes away as we passed the scene again on the way to his bedroom for naptime, but even he could not deny that he needed the rest.

The day was blessedly free of further puking, and the further from morning we got, the more we were able to put the memory of our unfortunate illnesses behind us once again.

After all, we've got a whole lot going on just outside our front window to be concerning ourselves with instead.
Posted by Unknown at 7:02 PM