I've been a big fan of Jill Krause over at Baby Rabies since shortly before I started blogging myself. I've followed her latest pregnancy, admired her lovely photography, and marveled at her creative crafting ideas. Today, I've decided to link up with a Blog Hop that she's hosting because it's a theme that's near and dear to my own heart: A Slice of Perfect in Our Messy Reality.

Messy isn't really even the word for my reality, to be honest. I've long since given up on doing more than the bare minimum when it comes to household demands; the more urgent demands of my three very young children take precedence, and I don't have much energy left to work with once those have been fulfilled. However, I do still try to keep up appearances to the best of my ability, and I do still struggle quite a bit with insecurities over my losing battle with clutter and chaos (among other things).

I had fun with this photo challenge for a couple of reasons, the first being that for once I made an effort to shoot with the goal of optimizing the background in mind. Since by now I'm sure my tiny band of readers is all too familiar with the level of disarray that takes over my home the vast majority of the time, I've never made much effort to hide it before. That being said, I've never tried to capture it, either.

This brings me to my second reason. I can't say I'm proud of the general state of my dining room, but I will say that it feels rather freeing to "put it out there," just as it is right now. It's even a little exciting, offering up a little slice of life around here on a random Tuesday afternoon, a glimpse into what we're really all about- warts and all. 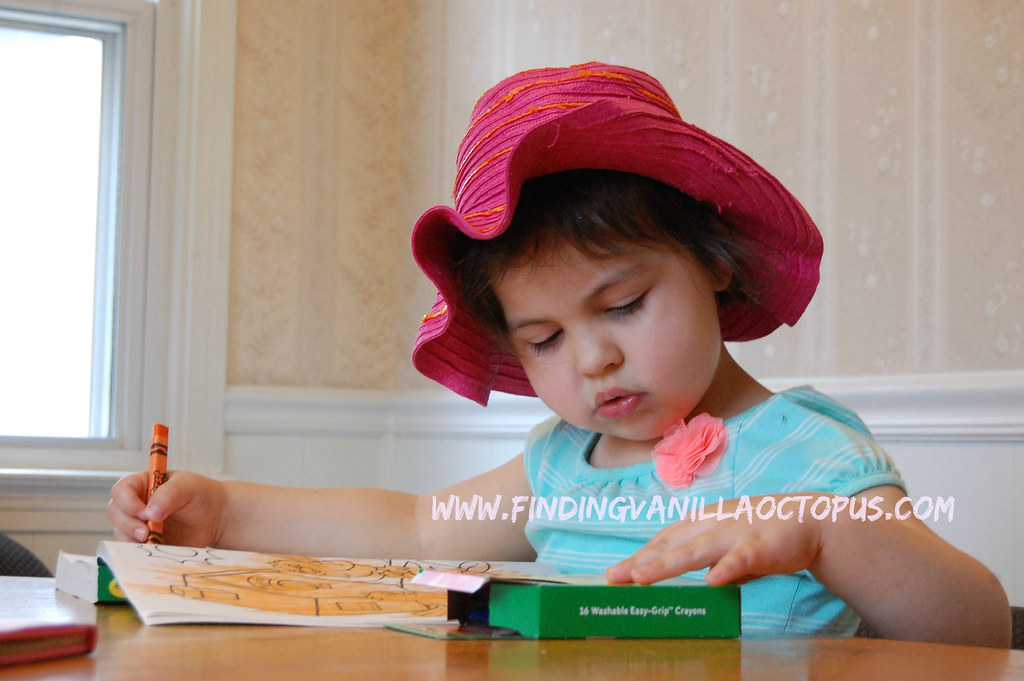 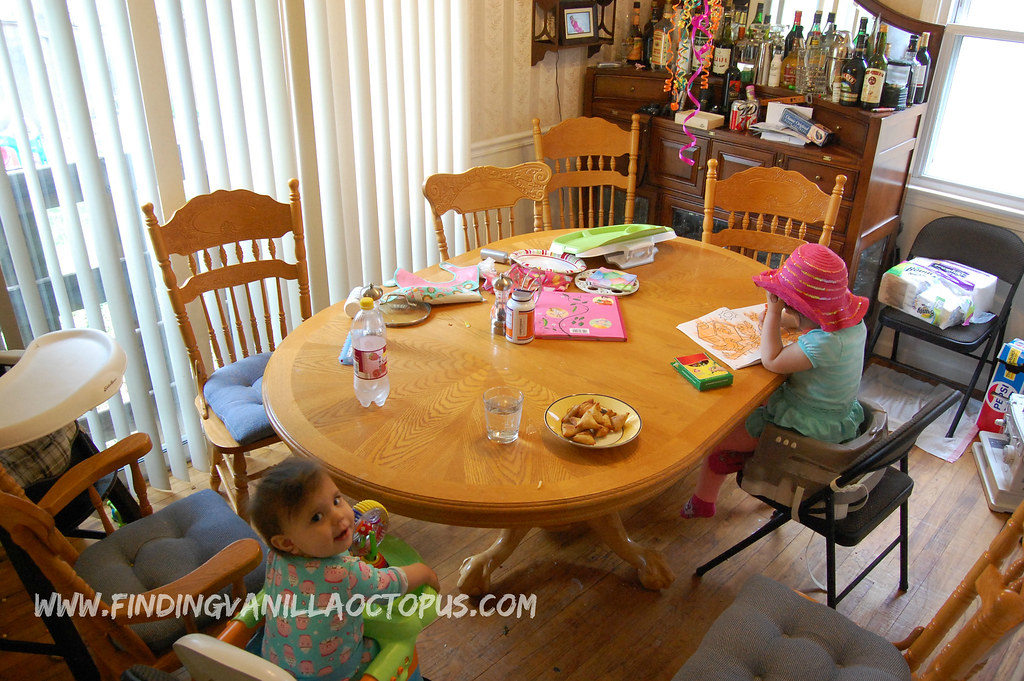 Of course, as good as such blatant honesty feels, I'm still thankful that the photograph can't pick up detail on the eternally sticky floor, or the seemingly unremovable layer of grime on the booster seats and high chair.

And I couldn't help but think, as I finally sat down to eat inhale my lunch while uploading photos, entertaining Mia and chatting with Abby as Michael (blessedly) started his nap, that the second portion of the whole process would be a far more interesting part to document.

A challenge for another day, perhaps.
Posted by Unknown at 11:28 AM