Another Day, Another Birthday

After all the build-up and countdown to the "big day," Mia's first birthday turned out to be rather ordinary. Worse, due to Tom's unexpected call into work, Abby's tendency toward the "spirited" (to put it kindly), Michael's moodiness, and Mia's exhaustion from two nights of waking too early and napping poorly, it was rather a trying day for me.

Thankfully, the weekend prior held some excitement for all of the kids, with the introduction of a new movie experience (played on a newly-installed TV screen that was purchased as a group gift in lieu of more toys that we don't need), and the beginning of the week brought with it a surprise visit from their second cousins (and first cousins, once-removed). Yesterday turned out pleasantly as well, with an enjoyable play date hosted in Mia's honor, and this weekend holds the promise of their dear Nana and Papa.


In the meantime, having failed at managing the last of her "month" pictures or making her day particularly special in any way, I was determined to mark the occasion in some way.

For dinner, she got some "birthday" pizza, 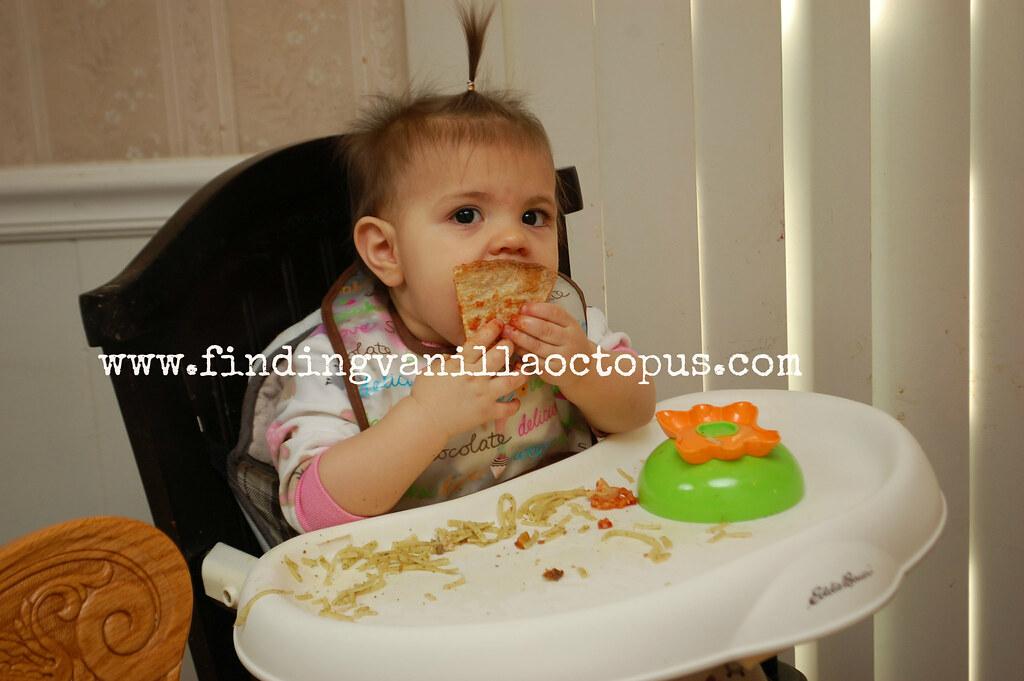 and after dinner Tom threw together a little tart for her out of an edible sponge cake cup, homemade whipped cream, and berries.

She couldn't have known how good it would be, never having been given one before, but her face sure did light up at our approach. Most likely it was due to the serenade that came with it, a repeat performance of the one she was given over Skype about an hour before by her aunt Ali and uncle Joe. 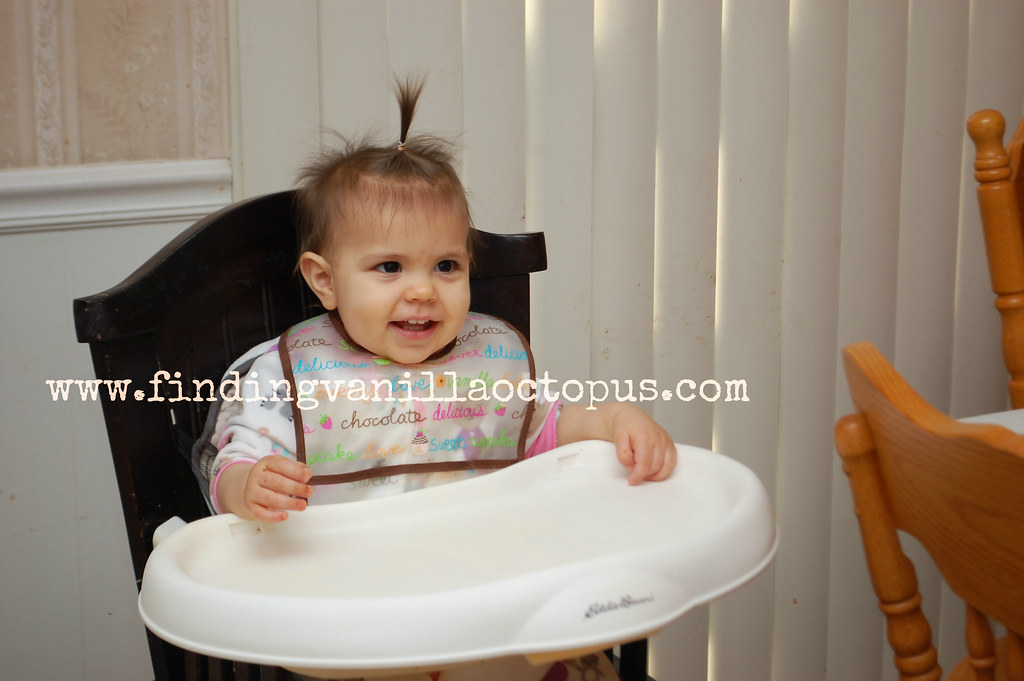 Regardless, once she got a taste, she was hooked. 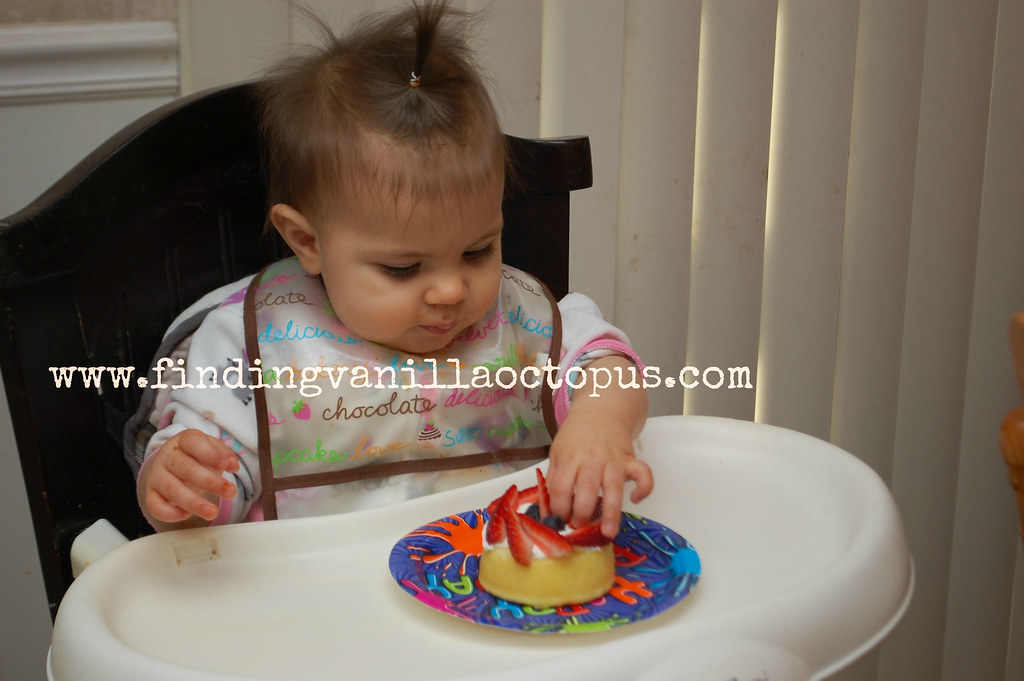 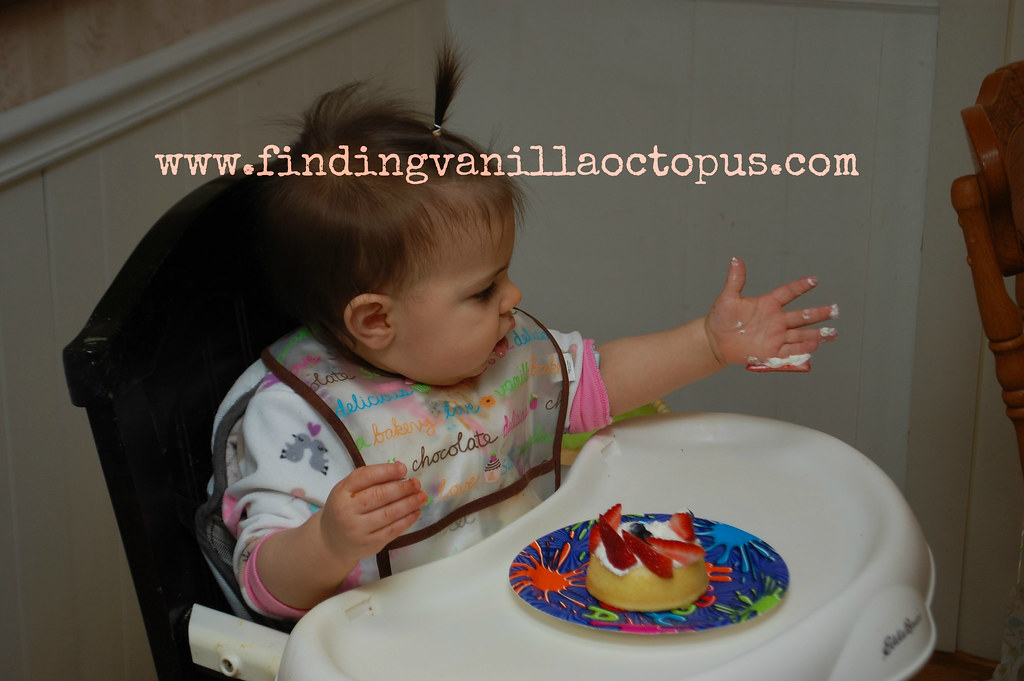 The cake seemed to be her least favorite part, but her siblings were all too happy to take care of that for her, in addition to gobbling down their own portions.

In the end, we had one happy baby (though infant no more), and one proud Mama feeling mighty bittersweet about it all. 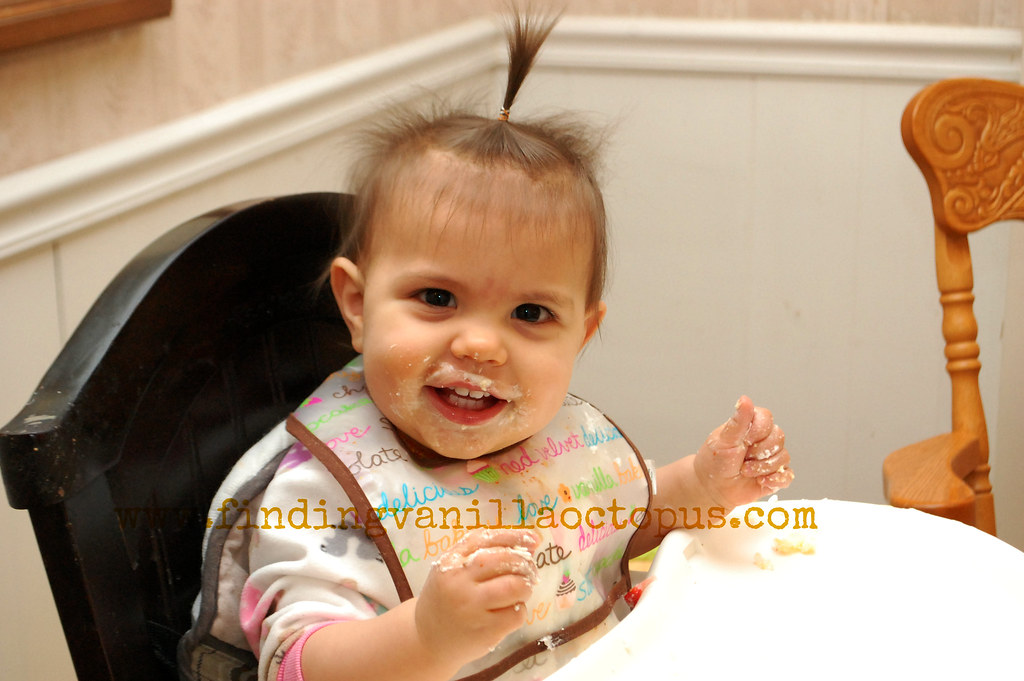 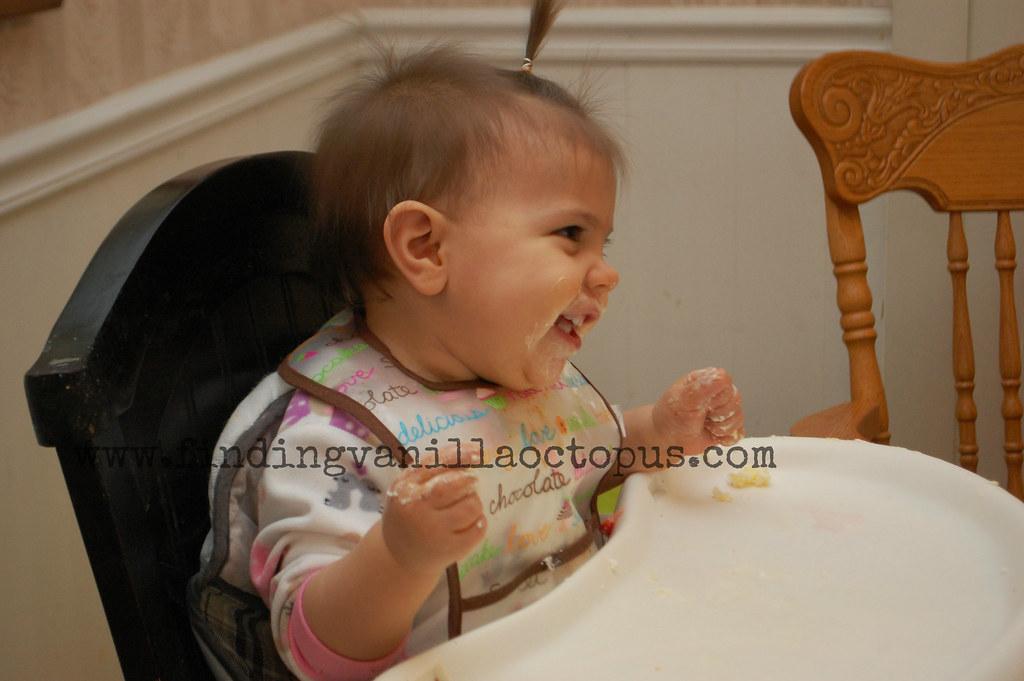