Today was our first official outing as a family of five, to the birthday party of one of Abby's playgroup buddies. It was a perfect, beautiful day for it, though it was initially tough to get out of the house this morning, ragged as we've all been running lately.

Although we were in the car well before Abby's usual naptime, she fell asleep on the way, and had to be roused when we arrived. This was her first time in the new backseat position, and though she had to look twice for her seat when first entering the car, she took the change in stride. 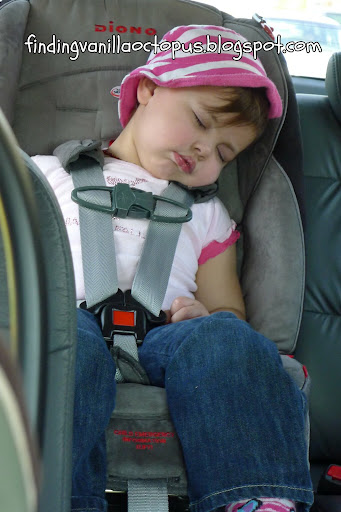 Michael dozed off as well, though his drowsiness was not unexpected at that hour. Of course, I don't suppose it should have been unexpected for Abby, either, given that she's shorted herself a whole night's worth of sleep over the last week or so.

They both had plenty of energy after their catnaps to enjoy the party, however, which was lovely to see. Abby particularly liked the sandbox in her friend's backyard. 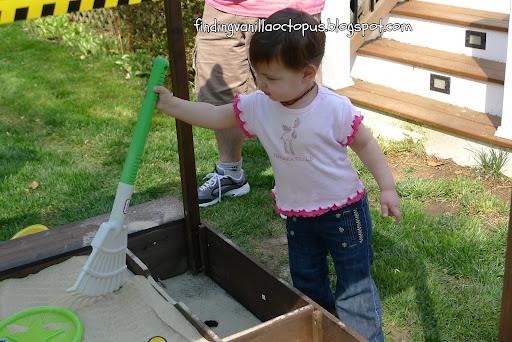 Mia, who refused to sleep on the way, and fussed intermittently in traffic and at red lights, slept comfortably in her wrap through the whole event, apart from a brief span in which I took her out to feed her lunch.

Thankfully, everyone pretty much stayed awake for the drive home, which meant that after allowing about thirty minutes of winding-down time...


... we were able to get everyone to nap, even Mia (once we put her in her bouncy chair after failing at settling her in either the swing or her sleeper). The mid-afternoon peace and quiet were heavenly, albeit temporary.

Before going down for her nap, however, Mia was in rare form, spending an unprecedented amount of time both happy and awake in the early afternoon. She even showed off her uncanny natural newborn skill in Tai Chi forms (well, that's what her movements look like to me, anyway). 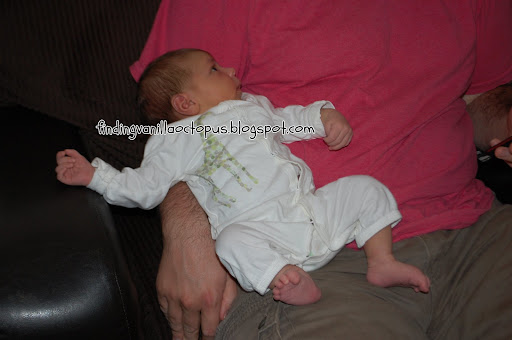 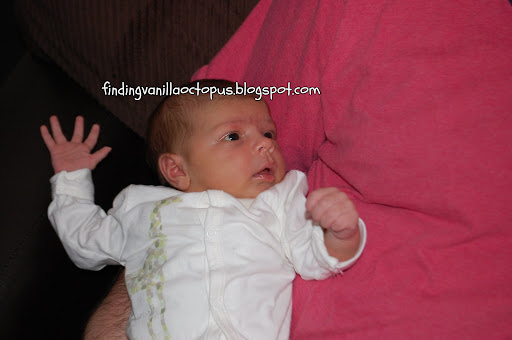 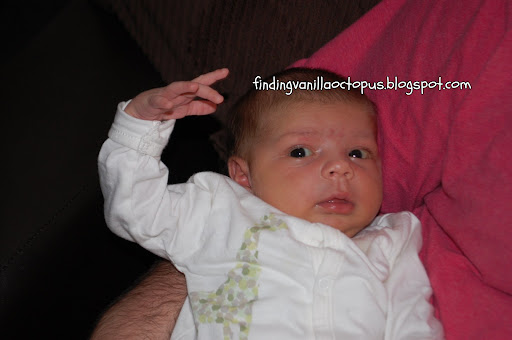 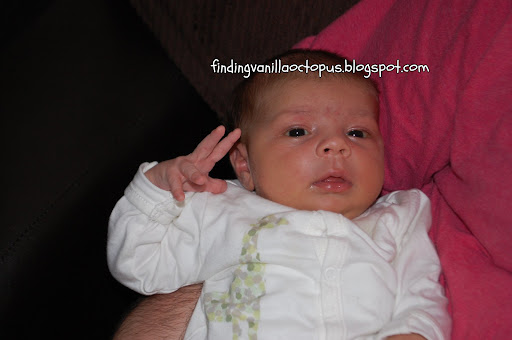 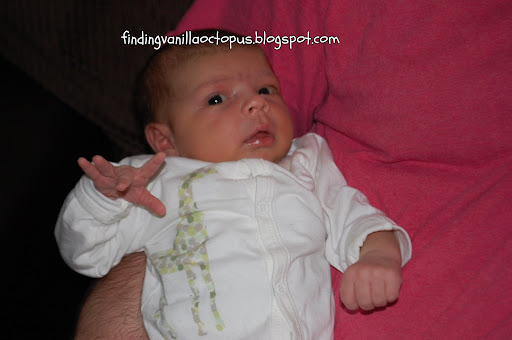 The afternoon went so smoothly and the day went by so quickly that I've found new motivation to get these kids out of the house more.

Mia even seems to have readjusted her sleep schedule. She elected to skip her dinnertime nap this evening. Because she also didn't want to sit quietly and watch us eat, Tom and I had to take turns holding her through dinner. I also had to juggle entertaining her with getting Abby ready for bed. However, once my two eldest were tucked in upstairs, I changed, swaddled, and fed Mia, and- praise God- she actually went down in her sleeper tonight, and remains there still. If this is any indication of how the rest of the night will go (hopefully it will involve a couple more long stretches of sleep in her bed, rather than mine), I will gladly take that trade and hold her through many more dinners and bedtime stories to come.

Sadly, we made one fatal error in the busy-ness of the afternoon. We let poor, tuckered-out Abby nap for over three hours, which meant that she didn't emerge from her room until after 4:00 pm. I knew, as I watched the afternoon fade into early evening, that it would be best to endure the crankiness that waking her would guarantee me, but I just couldn't do it. So now, here we are, after ten, and Miss Abigail is still not asleep.

Still a good day when all is said and done. Hopefully we can set to work ironing out Abby's schedule a bit more tomorrow.
Posted by Unknown at 7:08 PM