Though we just got the caps put on the rail yesterday, and the gate installed today, our new deck has been finished enough for some amount of use since right before the weekend. It's been a big hit, and thanks to the weather, we've had plenty of chances to give it a try.

As it turns out, it's a great spot to hang out with Abby after lunch to let her burn off some energy, and she's all too happy to return to it in the late afternoon with her siblings after they wake from their nap. As for me, I'm never going to be a huge fan of the outdoors, but I'm much happier on the deck than I ever was in the yard, and I've been pretty excited to have a good excuse to whip out my camera again. 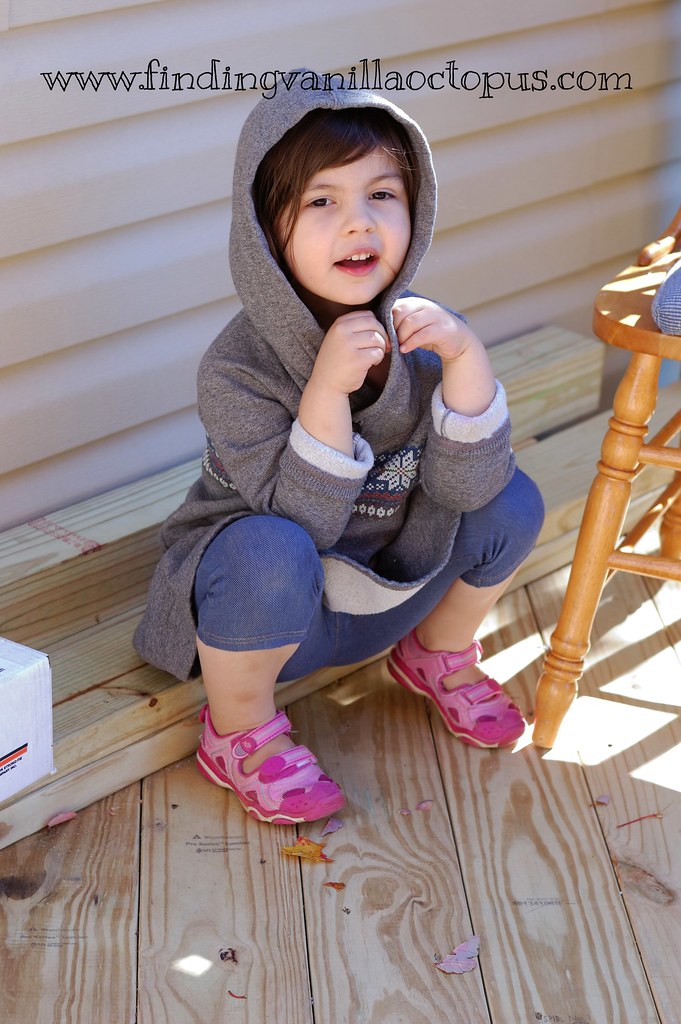 Of course, in doing so I was quickly reminded that having too much sunlight is often even harder to work with than having not enough. 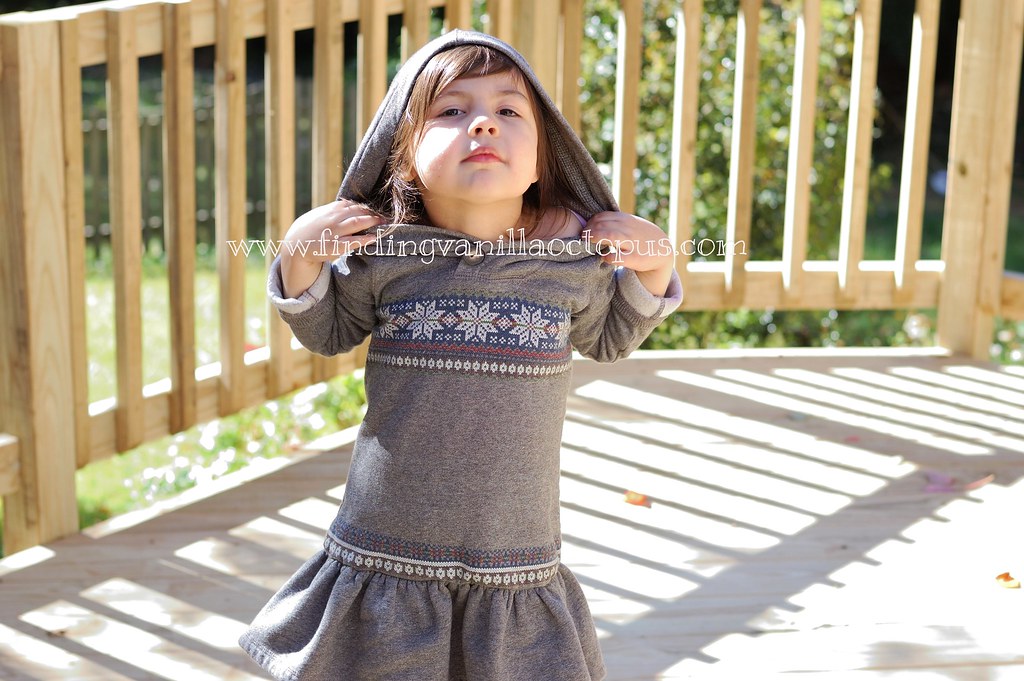 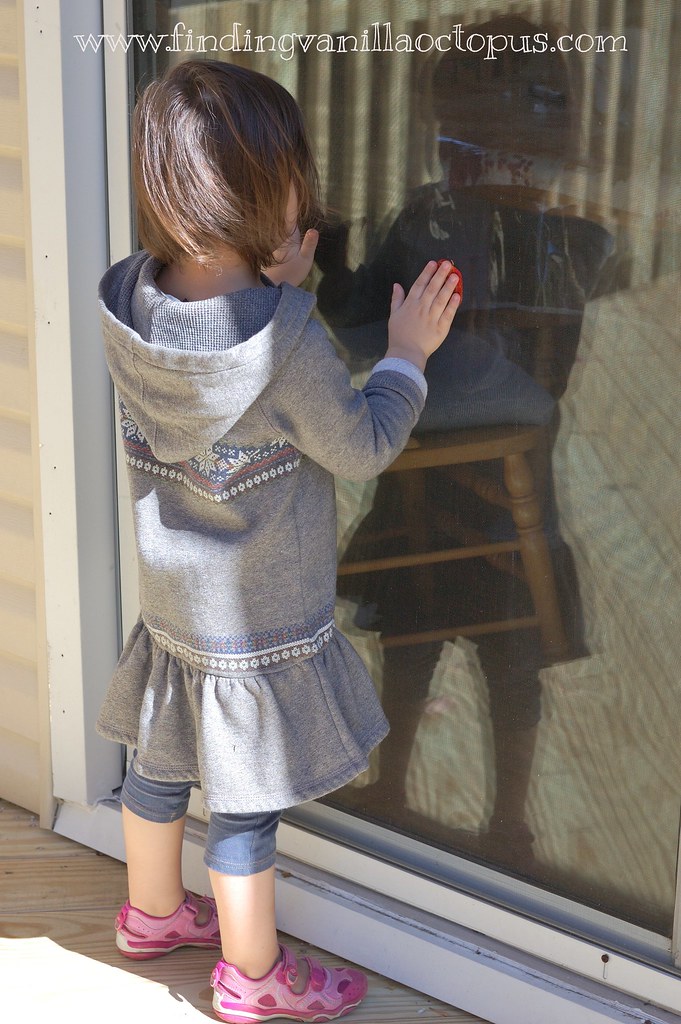 This was especially true given our particular circumstances, with very bright patches of sunlight and small, sparse patches of shade, which Abby would move in and out of with ease. Even more tricky were those spots which seemed to contain both attributes. 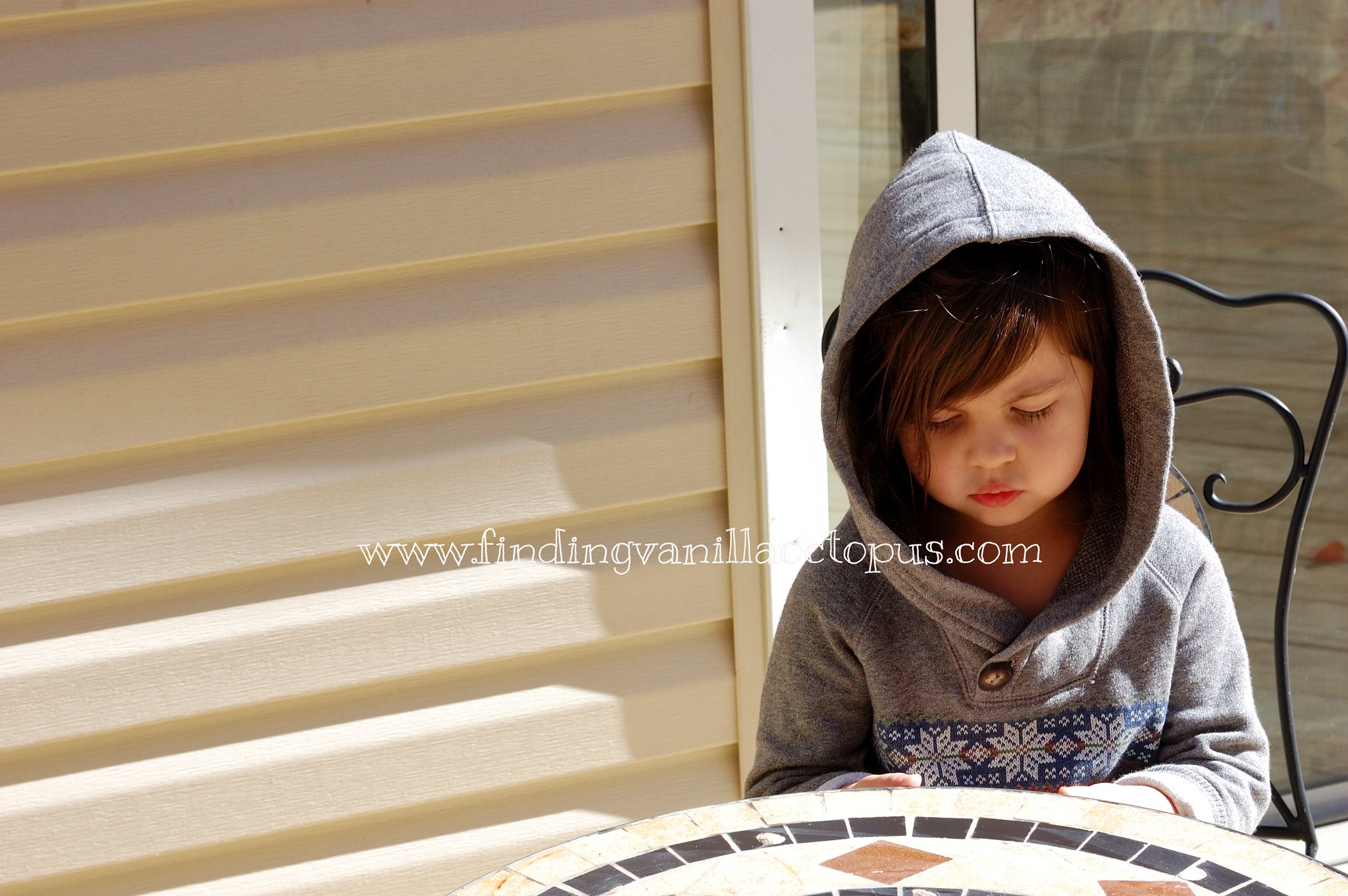 Somehow, I still managed a few good shots of her. A couple of hours later, I had a second chance with all three of the children while the sun sat just a bit lower in the sky. 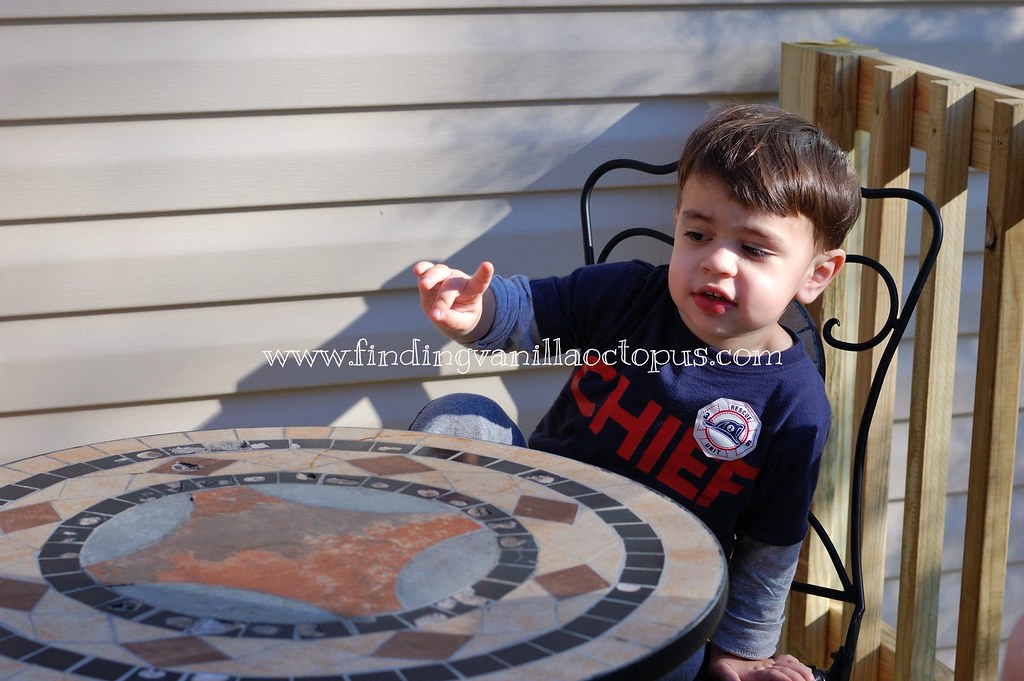 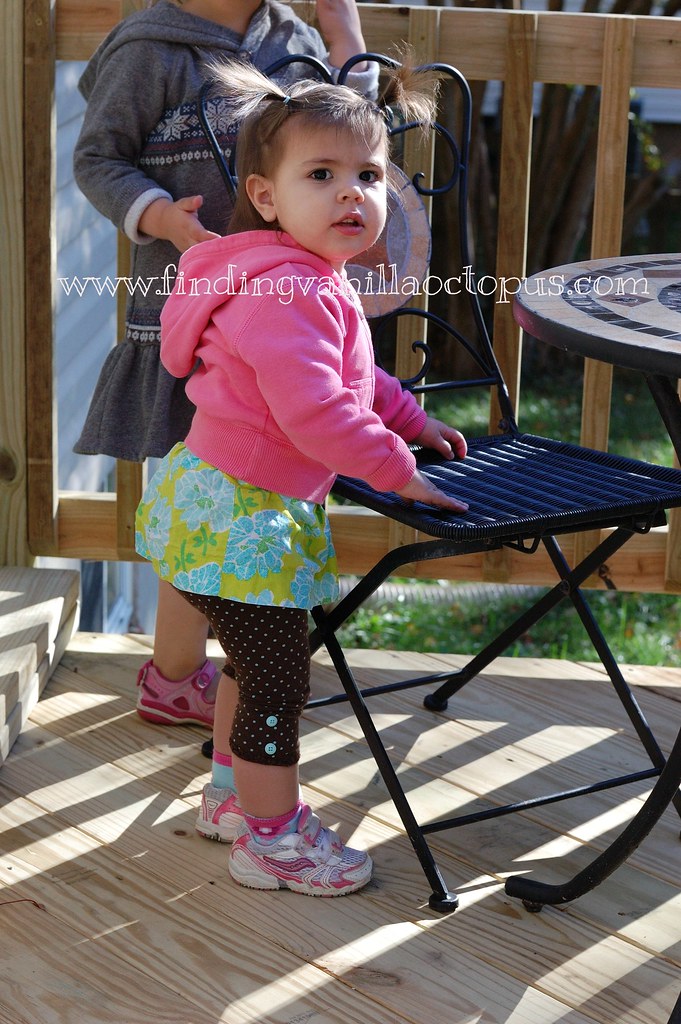 The light was less intense, which was helpful, but I had a new challenge: lots and lots of motion. 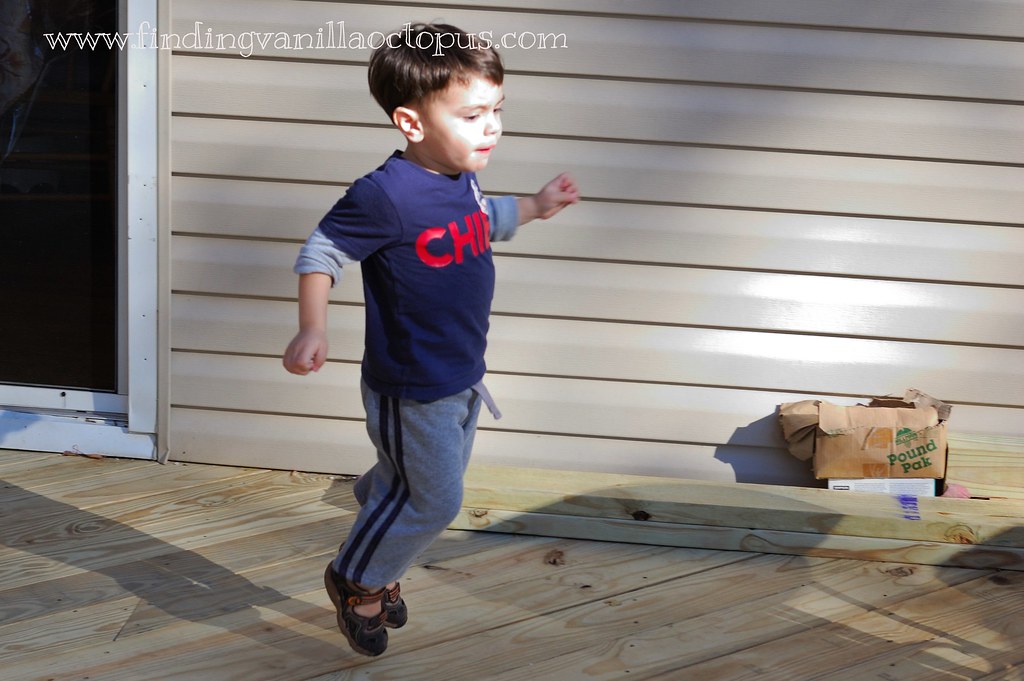 Thankfully, I found a quiet moment or two to take advantage of in the midst of it. 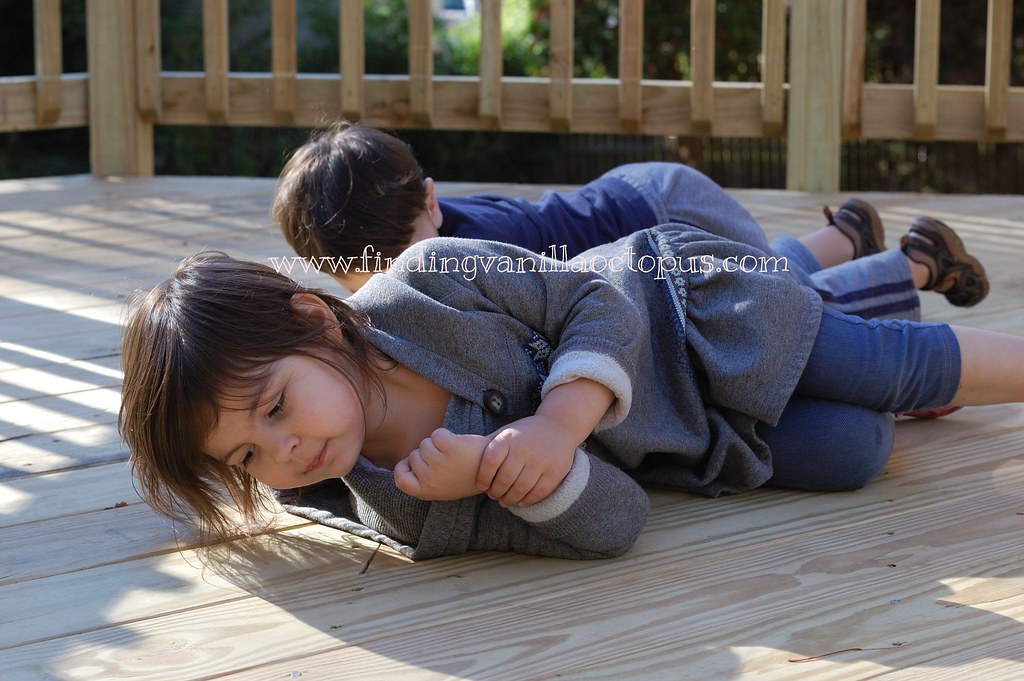 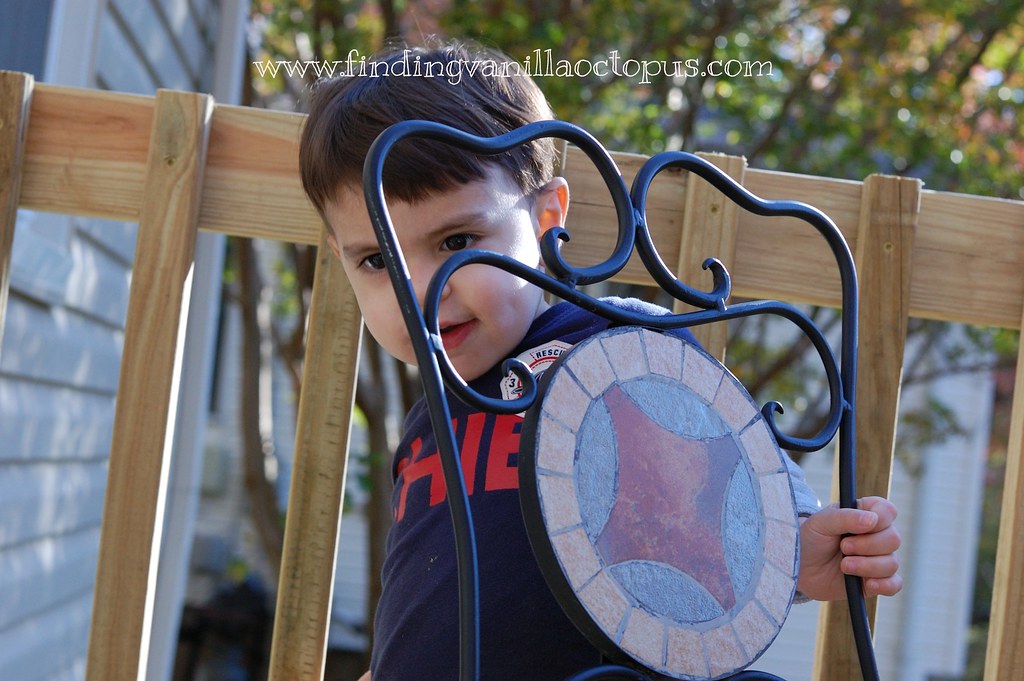 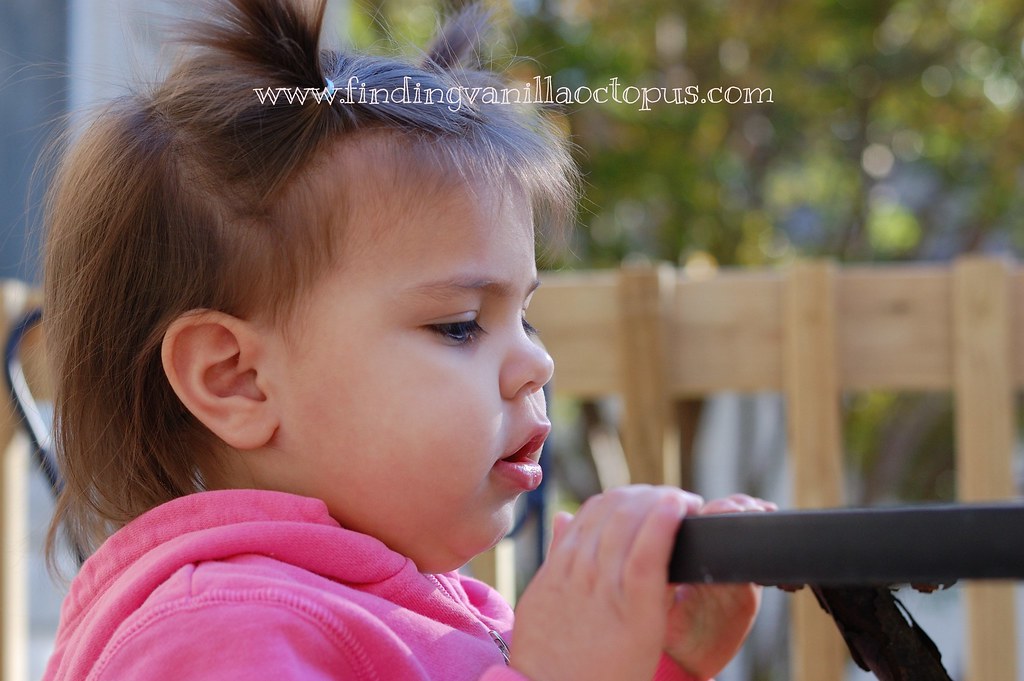 However, to catch them at each one, I generally had to move just as fast. 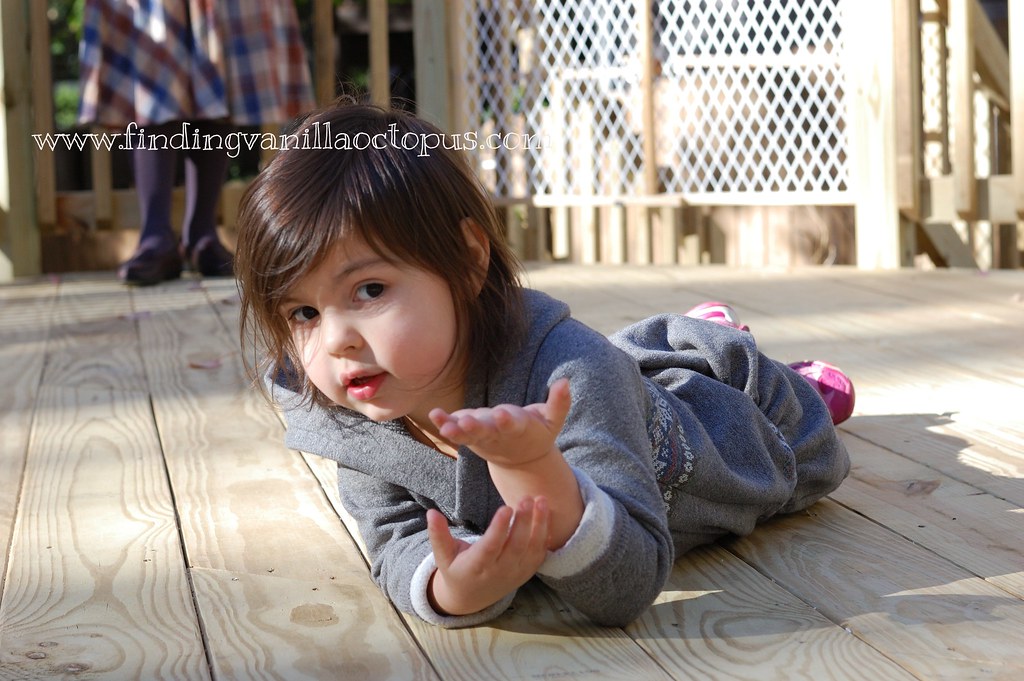 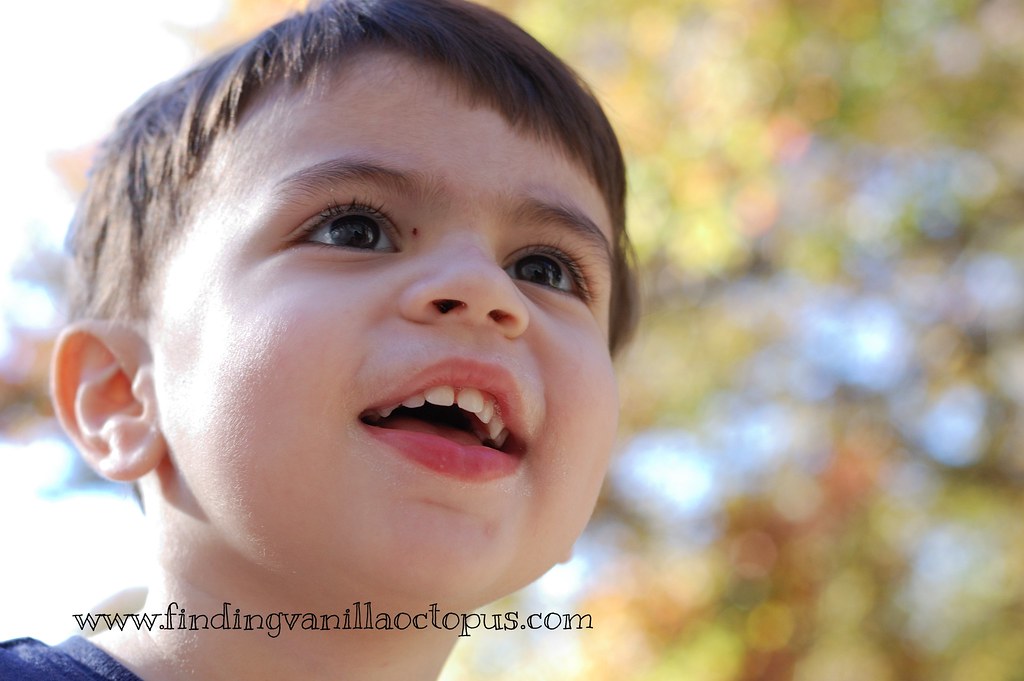 But no complaints here, when I finally have such a nice big deck to do so on.
Posted by Unknown at 6:07 PM