My older children love to color. They will spend hours doing it; hours in which they are keeping independently occupied (for the most part), which is a thing worth trading for the dozens of broken crayons and shredded wrappers I constantly find tossed about nowadays.

In the beginning, I marveled at this wondrous discovery of mine, that if I equipped each with a box of crayons and a coloring book I could earn myself some peace and space. However, like all such little seeming-miracles, it was not to benefit me so very completely for too very long before revealing a large number of downsides.

The first wrinkle to colorfully appear was Michael's tendency to color on things that are decidedly not intended for coloring. Though I quiz him daily about where it is that we color and what it is that we color on, and receive the correct answers each time, somehow I still all-too-frequently run into sights like this one: 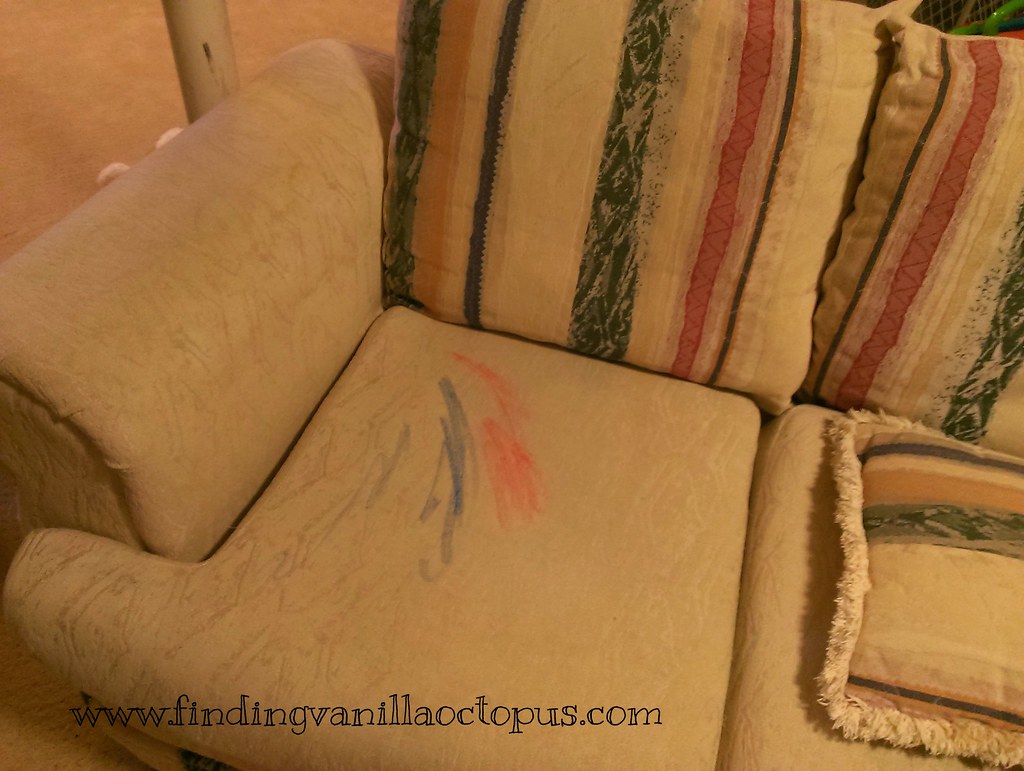 Of course, that spot was the easiest of all to clean. I just threw the cover in the wash. Not so simple a task was the throw pillow, which required surface cleaning, or his toys, which I haven't even bothered to remedy. 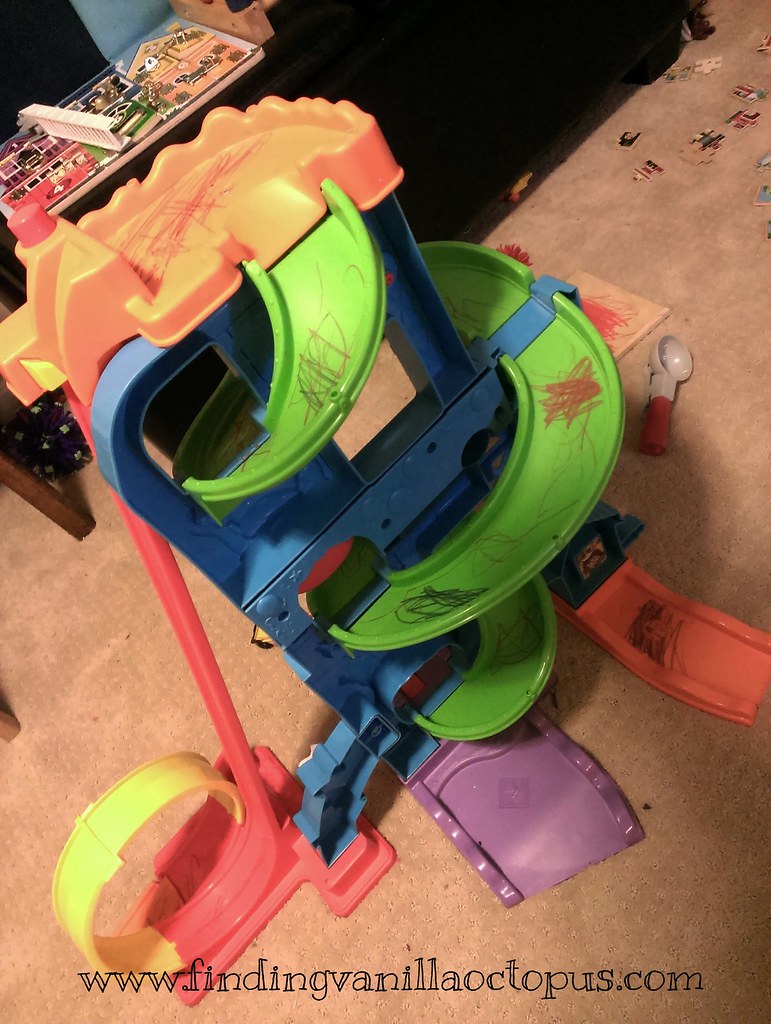 I suppose I really can't complain so long as he continues to stay clear of the walls, which are toughest to deal with, but I'm clearly not the only one affected. Abby was so perturbed about the new design on her chair that she rubbed the majority of her brother's artwork off before I could even snap a picture for posterity. 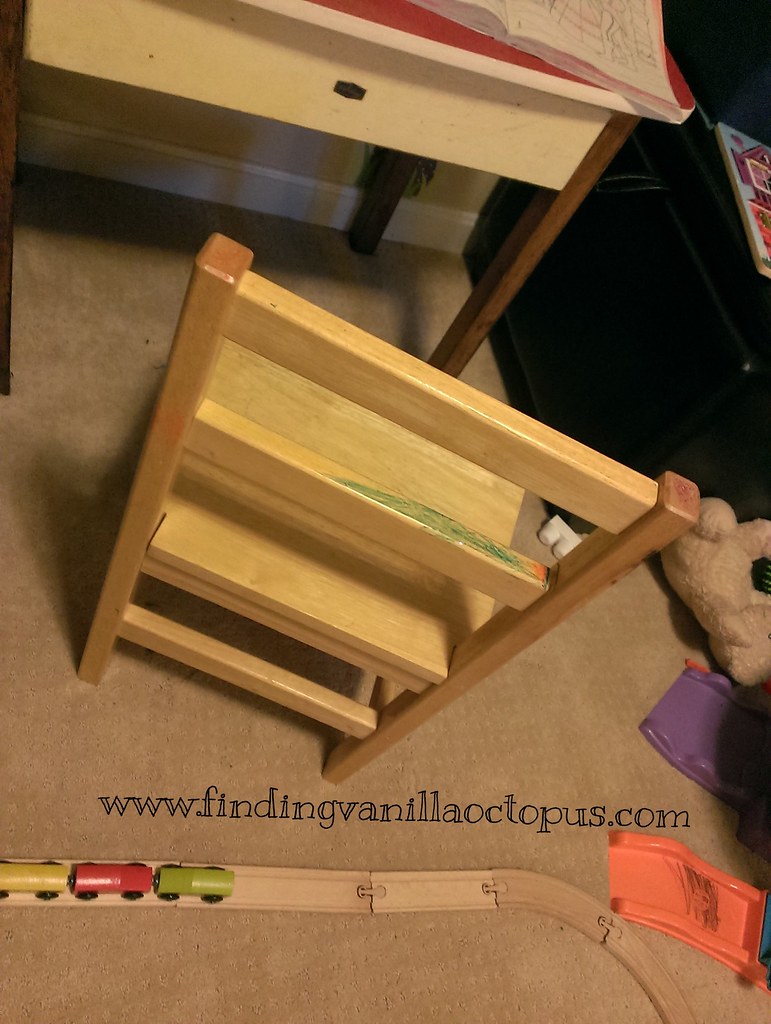 She's deep in the midst of a "Mommy" phase, and takes very much to heart all of the chastisements she hears me give her brother (if only she'd take the ones directed at her nearly so seriously). In some ways it's helpful, such as the times as she serves as an alarm for new incidents of crayon-hitting-inappropriate-surfaces.

Other times, though, she's using her perceived Mommy status to instead exert control, which is taking peaceful time right out of the equation for me.

Much like Abby's was before him, Michael's current coloring style is pretty abstract. While he sometimes appears to at least aim for certain objects, often his goal seems more to be about getting lots of color on the page. And mostly, he just likes to get it saturated in red, his color of choice. 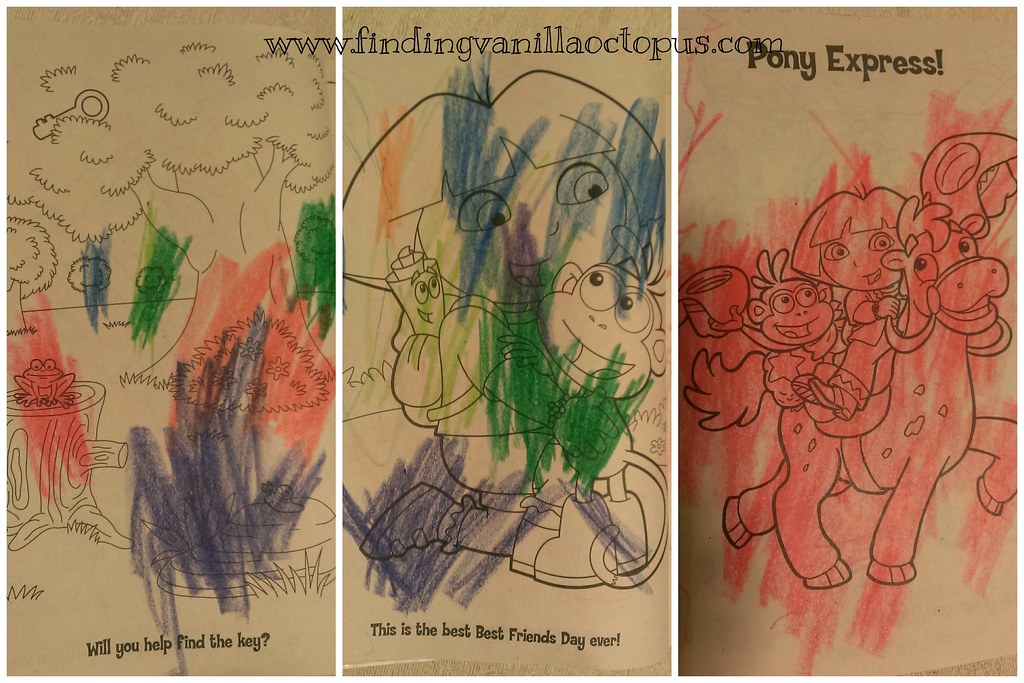 Abby, on the other hand, has moved beyond such coloring chaos, and is very much about getting her pictures neat and realistic-looking. 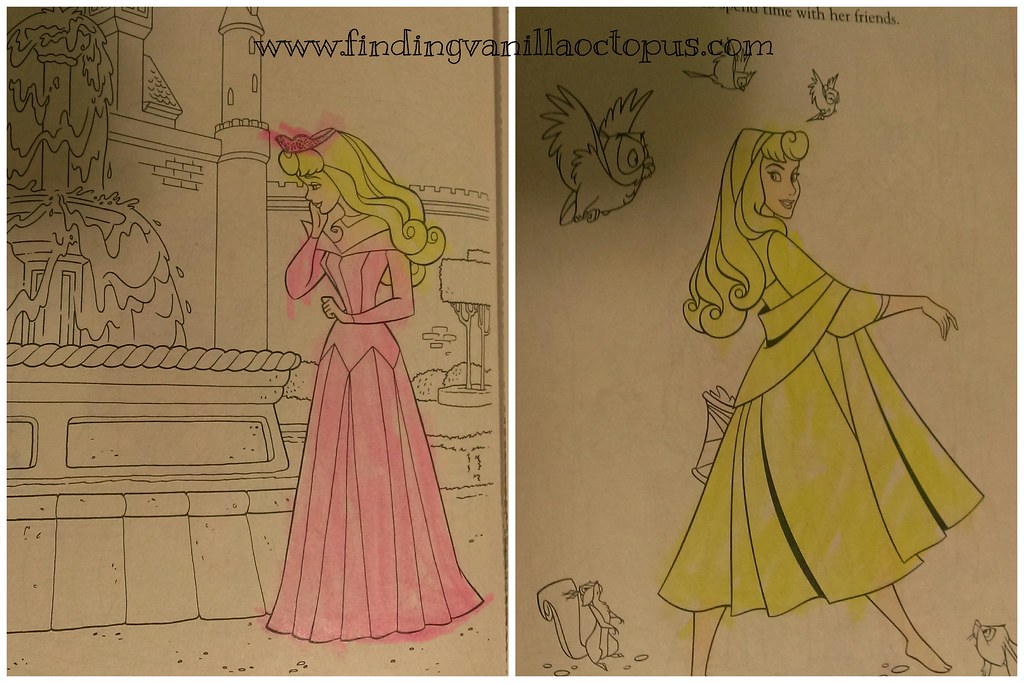 I've had to break up more fights than I care to count now due to Abby's desire to coach Michael into coloring inside the lines and using "appropriate" colors. While I get where she's coming from and admire her passion, I feel that I've got to stick up for the little guy and and let him be little, too.

I'm pleased to report that after a trying couple of weeks (and the enactment of strict rules about who colors in what book, since there are so many hurt feelings abounding regarding the wrong colors being applied in the wrong places), most of the infighting has ceased. Michael continues to stray occasionally, but sticks, for the most part, to his books now (that is, when he's not engaging in his newest discovery, a game called Toss the Crayons Up in the Air).

As for Abby, nothing made me prouder than to discover this evening that even though her desire to incorporate what she now knows about the world has stifled her previous creativity somewhat, she still applies it here and there, to great effect. 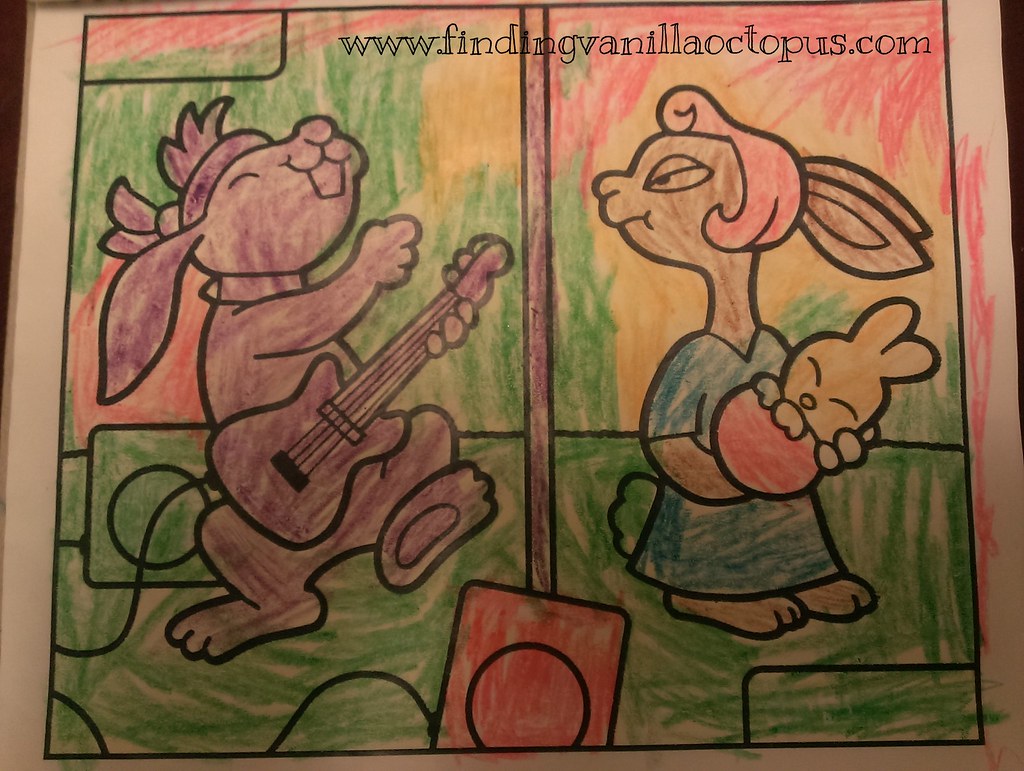 Best of all, when she does so, it's not all over my walls and furniture. I suppose her brother could learn a thing or two from her after all.
Posted by Unknown at 7:20 PM