Where They Are Now

I got it in my head that before I continue onward I must take a moment to review. I could go on about how this attitude permeates so much of how I approach my own life, but for the purposes of the blog I suppose it also largely stems from a fear that what I do not record I will not remember.

Of course, certain things simply can't be captured here. The full measure of all of the changes I've witnessed is impossible to describe, especially when- as always happens- they seem to appear out of nowhere until I take a moment to consider that, no, they had been happening all along. 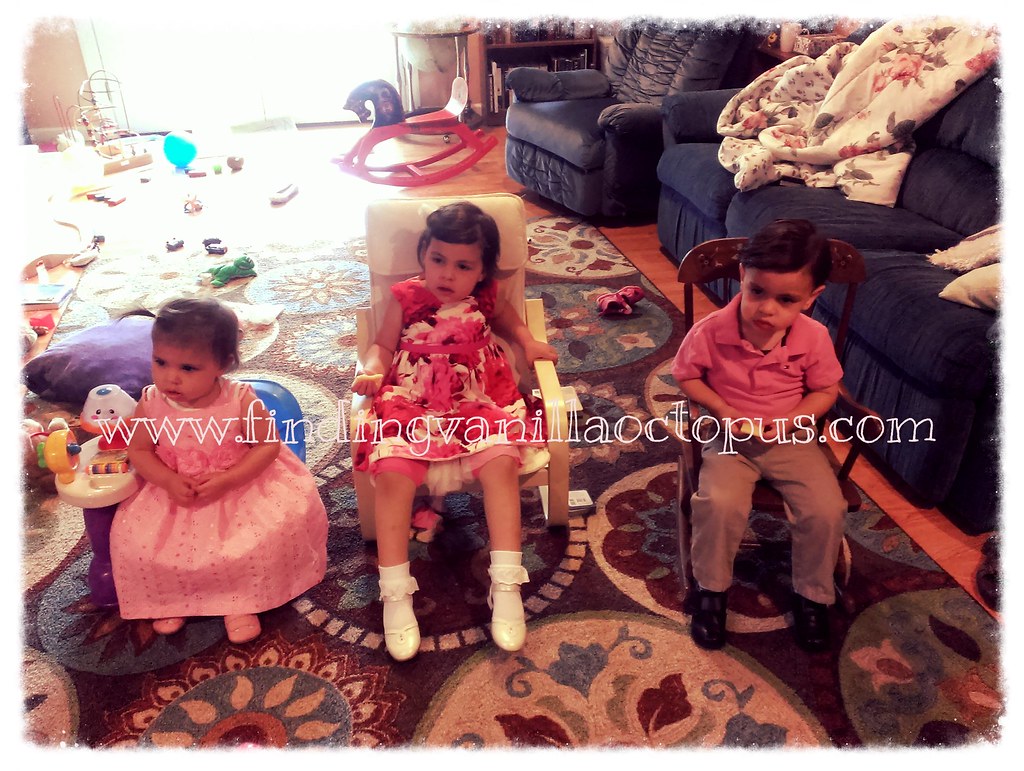 There is no more of the toddler in Abby. She is a full-fledged little girl in every way, and I can hardly picture her now as ever having been anything else, even when I try to see her past self in the big eyes and awkward gait of her little sister. Her talent for acquiring knowledge and skill never ceases to amaze me, particularly when the proof of it appears quite suddenly and after no particular coaching from me. (Like that time where I looked down at her furious coloring to see that she had not only properly matched the colors on a color-by-number activity, she had first colored in the labels along the top in their appropriate hue in the manner that I had once done when I assumed she would not be able to identify them by written word alone. Or like that time when she announced that she was going to write her name on a picture, then walked into the back room and proceeded to do so, even though she'd never attempted it before.) 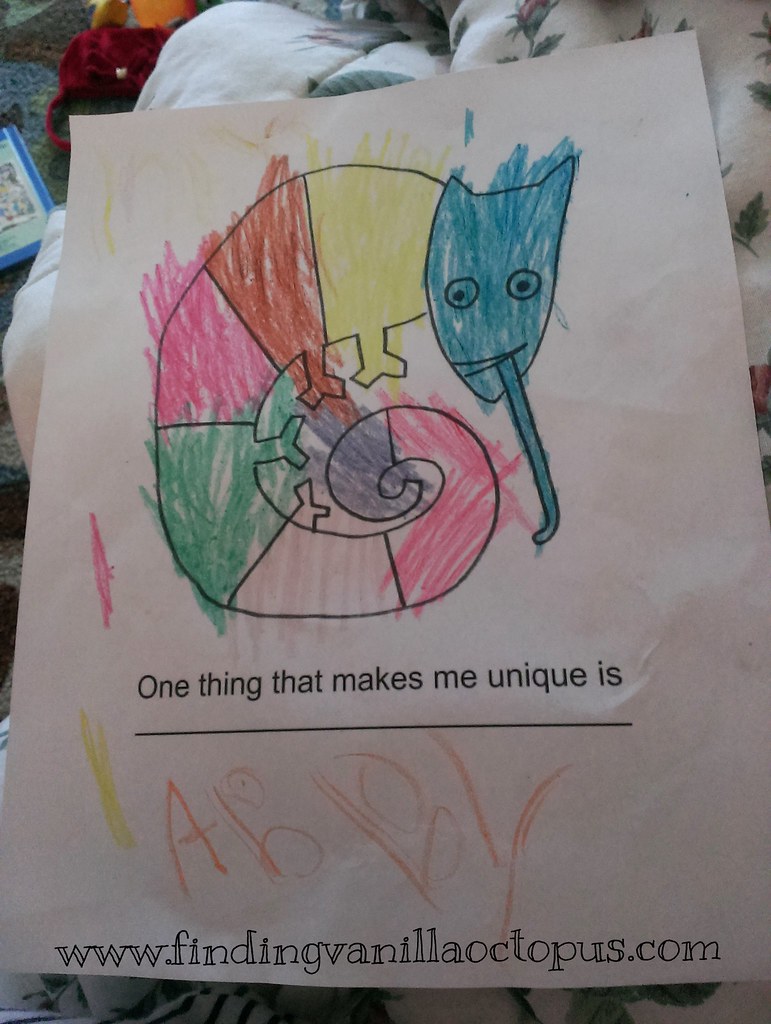 She questions with purpose, tentatively adds by ones, colors realistically and mostly within the lines, draws images that actually resemble people, makes up silly languages and songs, tells stories, and entertains herself for hours on end. And though she's not generally helpful when I need her to be yet (who am I kidding, will she ever be?), she's awfully "helpful" when I don't. In the past few weeks she's been on hand to splatter water clear out of the sink as she attempted to rinse a spoon, sweep dirt back onto a floor that I was mopping, and brush her hand against the raw meat I was preparing. However, it makes me feel proud to see her eagerness, less lonely in her company, and as for that meat- well, the accidental touching occurred after she quite helpfully brought over a cup of flour that I had forgotten on the counter across the kitchen. This, while having a very mature conversation with me about meat that comes from cows, why we eat them, and whether doing so makes us "bad guys." 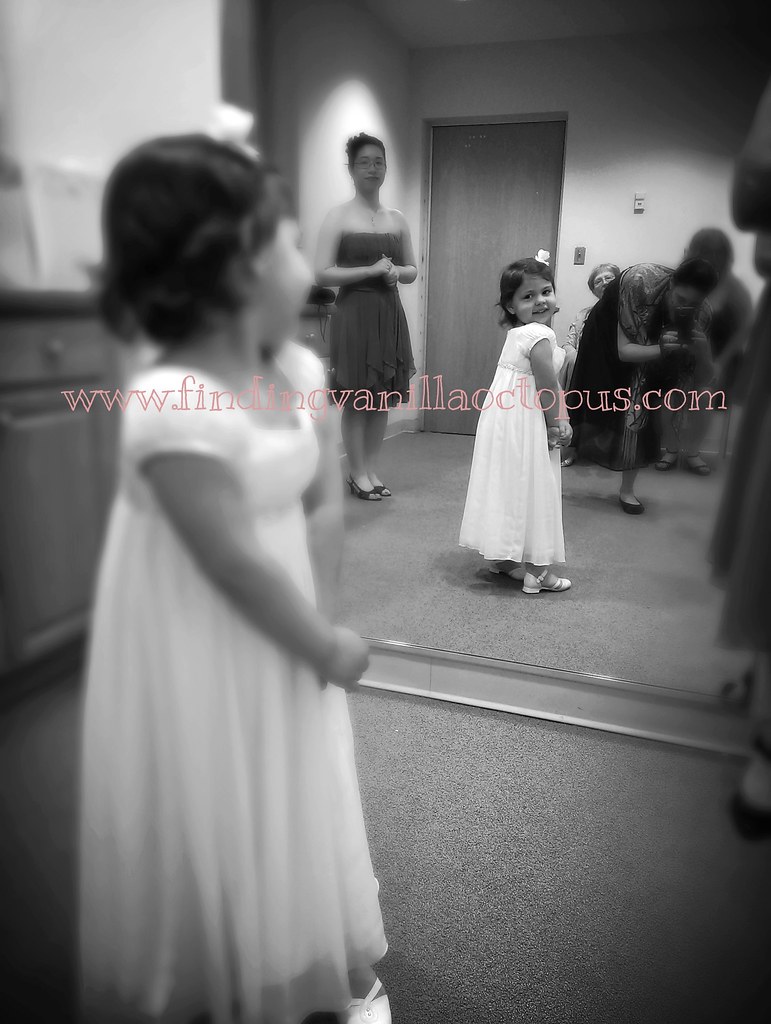 As for Michael, he really did seem to blossom overnight. I can't even pinpoint when it happened (just like I have no clue when that last two-year molar came in, but it finally did), but he suddenly began to use language as a primary form of communication. He's still struggling greatly with it since he has difficulty working in the necessary consonants required to distinguish the word he's saying by anything other than specific context, but he's come a long way from the days of pointing and grunting, or simply crying in frustration instead. He's still much more comfortable counting (he can get up to twelve now) or pointing out familiar objects and colors in pictures than making conversation, but I'm seeing improvement in both areas now. 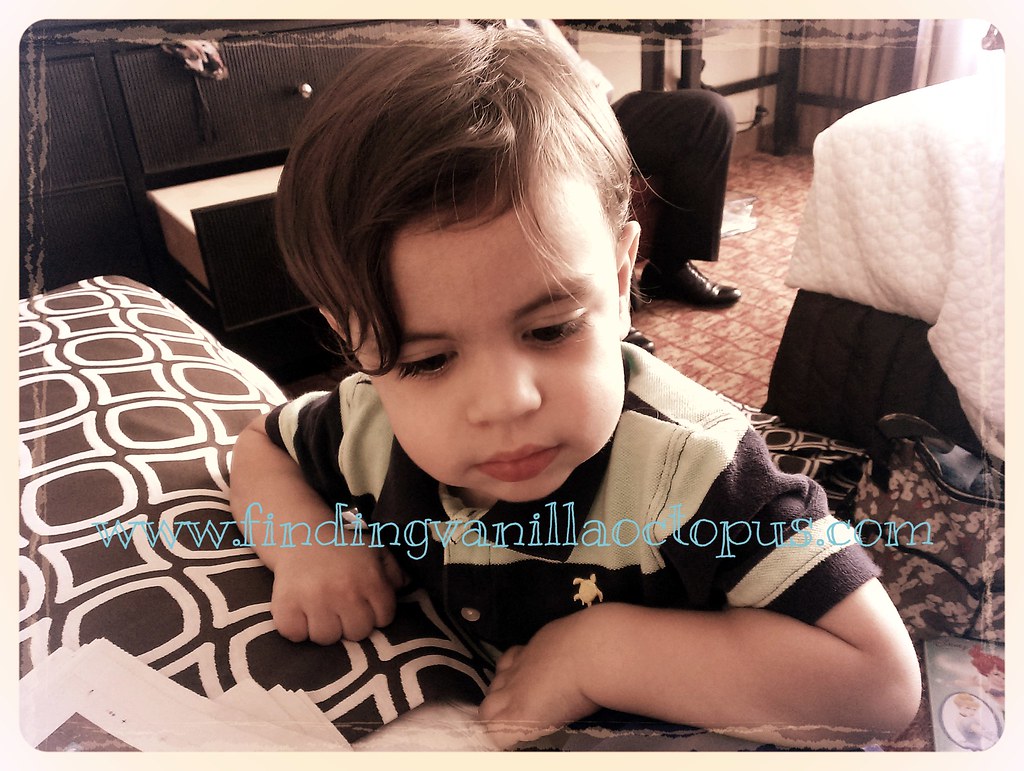 He's also displayed a talent for puzzles, and can sit on the floor with two or three different 24-piecers all mixed together, and manage to complete them all. In fact, it's been his desire to work his puzzles out that often has prompted him to run over and talk to me at random points in day. "Piece missing (pee mih)!"he will say, or "finished puzzle (fih puh)!" 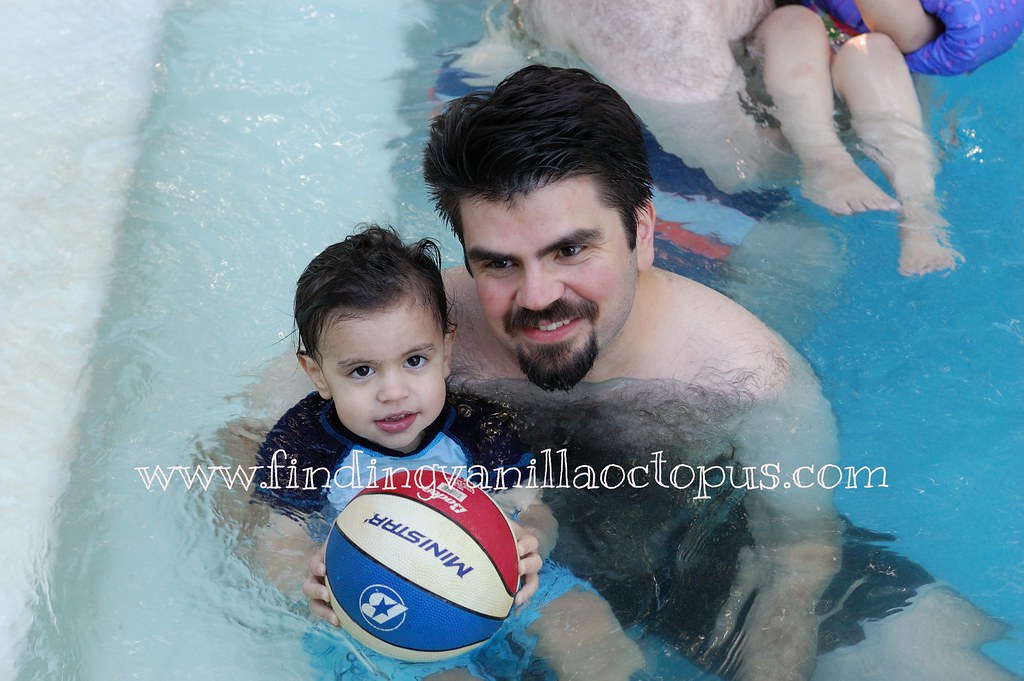 As the weeks have gone on, his list of phrases has grown, though they are often hard to tell from one another. It's looking like he may need some speech therapy after all, but for now I am just happy to see him trying. Much more bittersweet are the physical changes, which every day remind me how far behind he is leaving his babyhood. Particularly after I finally found the nerve to chop his hair short enough to stay out of his eyes, I've spent long moments trying to figure out how his neck got so long, or where his baby cheeks got to. He's still my little guy, and looks pretty small next to his big sister, but the fit of his clothes tells me he's growing all the same. And though he managed to wear last summer's tee-shirts through a second season, I know that this Fall I will be storing them away for the long-term. 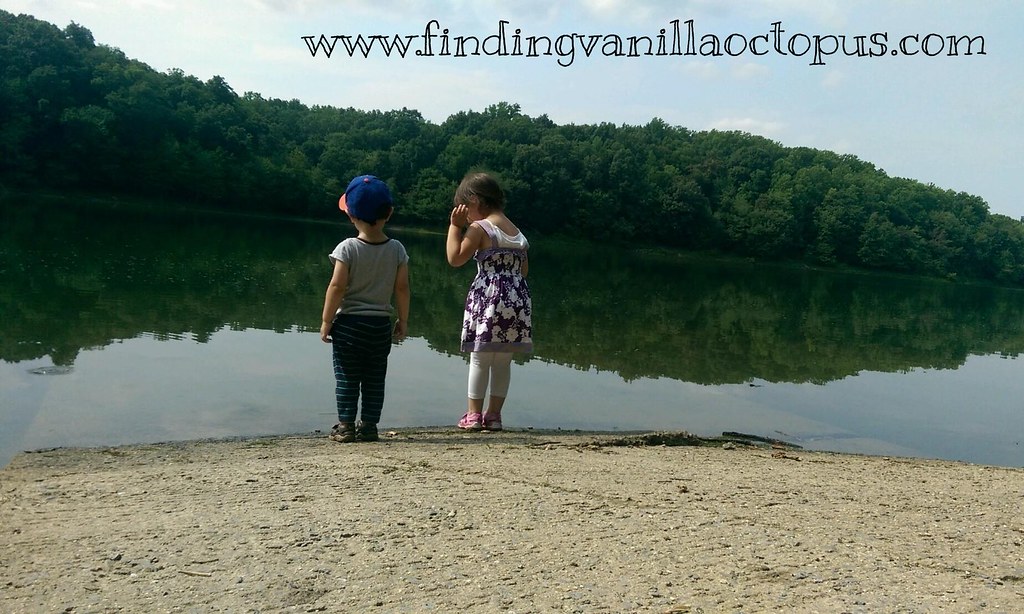 For all of his development, however, he is still a two-year-old, and there's no clearer time than when he's in one of his desperate fits of independence. He's a less defiant personality than his big sister, so it took him a bit longer to find a voice, but find it he has. From stepping in and out of bed, to turning off the sink, to buckling his car seat chest clip (and lower restraint, if only he had the strength yet), he has to do it himself. A slip on my part earns me angry and instantaneous protestation. Thankfully, Milord is forgiving, and allowing him to start over and repeat the task himself smooths things over most of the time.

And then there's sweet baby Mia. Thankfully still well and truly a baby, though (depending on your definition) also a newbie toddler. While her comprehension falls well short of his, her working vocabulary now rivals that of her older brother. I'm still hearing new words nearly every day, along with the oldies-but-goodies. Most impressively, she can count (she hears her older siblings practicing often enough, though she has no notion yet of just what she is reciting), and joins in along with Michael in completing the rhyme schemes of familiar favorite books as Tom pauses a moment to let them finish each stanza. 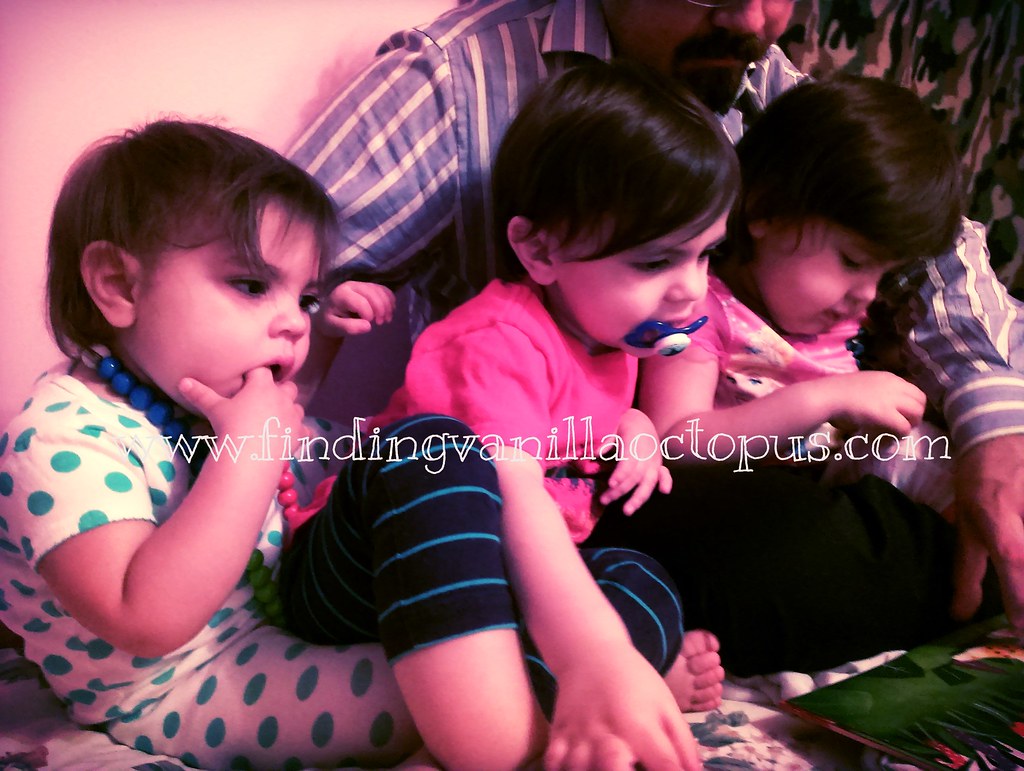 Mornings are still a struggle, particularly in the midst of the very worst teething she has encountered thus far (just one molar left to go, and it's a doozy), but we're pretty firmly in a one-nap routine now. Until the aches and pains of itching teeth and pre-lunch attacks of sleepiness are behind us I feel that we will be continuing to nurse the crankies away, but after that I guess I'll just have to see how much she seems to need it anymore. Truth be told, she never thinks to ask for it unless she's struggling, and apart from the aforementioned issues she's a happy kid (so long as Mommy is in sight and there are not too many strangers around). 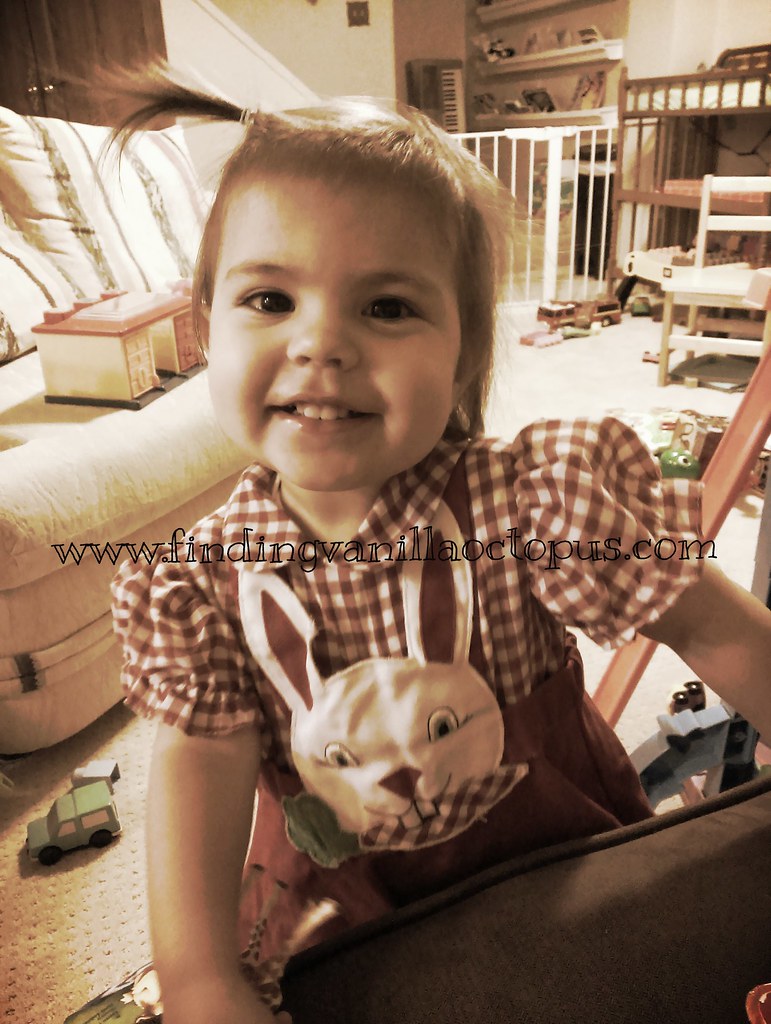 Indeed, far from outgrowing her stranger-danger phase, she seems to have become more shy with time, and I have to take great care in introducing her to strange people and environments. While it warms my heart to know that I am her "favorite," I do wish that play dates, family visits, and birthday parties did not stress her so upon arrival.


At home, though, she's learning and improving each day. Though I still can't get her off of bottles and onto sippy cups, she finally understands how plates and bowls work (beyond their use as fun projectiles) and just recently has begun feeding herself with a spoon (though I am still assisting here and there). Unfortunately, she still has a knack for feeding herself inappropriate and disgusting things too- her latest discovery is bath water. 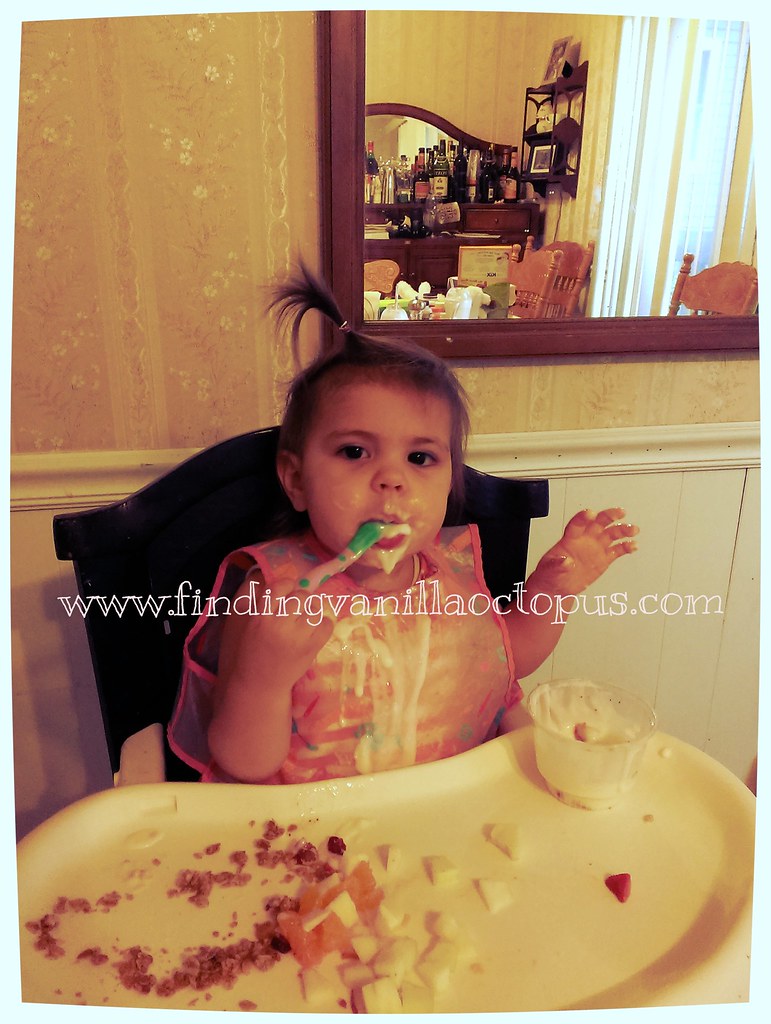 Of course, the most telling sign of how far she's come is that ungainly amble on two feet that a mere four months ago was a skill unattainable to her. She walks confidently and quickly now, and can even run, but has a ways to go before her movements resemble the balance and grace of an older, surer child. She's also still a little short on the balance and strength required for jumping, though she does enjoy pretending that she can. 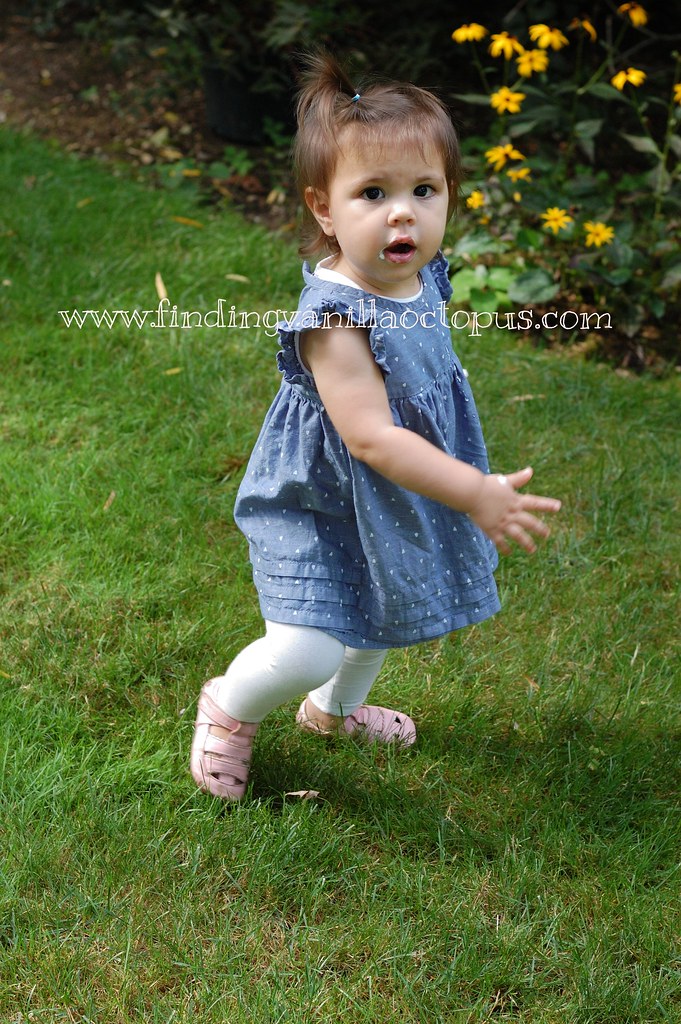 As for me, I  am determined to thoroughly enjoy all of the pluses and minuses of her inquisitiveness, dependence, and total innocence while I can, knowing as I do that a day will come that I will not remember her well as any other way than she looks some day in the future. Her big sister has taught me that much.
Posted by Unknown at 7:04 PM